“Sugar, Sugar” by The Archies

“My fave 45 – – I used to dance to this over and over and over and OVER with my girlfriends when I lived in England in the late 1960s (I was 7 to 10 years old, a friend had one of those cheap paper-covered box record players that we abused royally). SWOOOON!

(pour a little sugar on it honey)

I’d like to know whose parents’ dining room this photo was taken in, with the GIANT FORK AND SPOON” 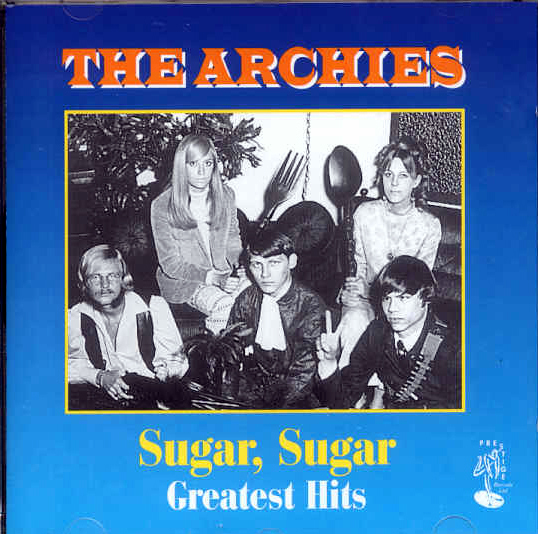 Just for the record (hic), yes, I do currently have the song and album in my music collection, thank you very much. Am considering starting up with the vinyl collection again, just for the finer sound quality and all. Yeah, that’s it.

hahaha thanks for the memories!” 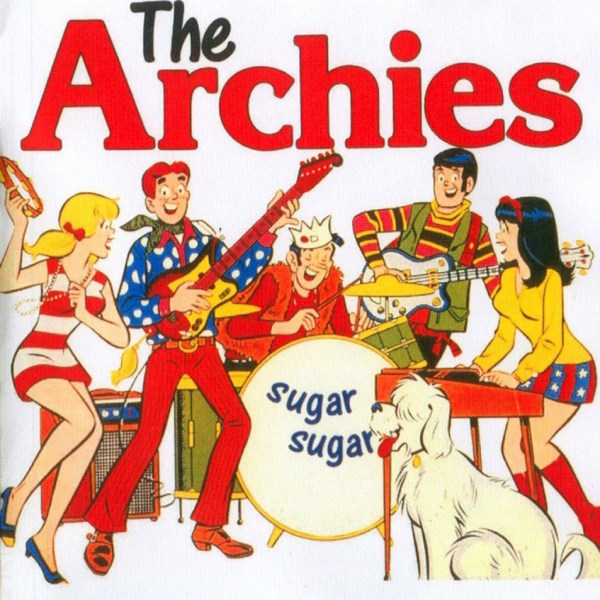 A note about this song from Rusty:

The one-hit wonder “Sugar, Sugar” has an interesting origin. The Archies were an animated garage rock band in the Saturday morning TV cartoon, The Archie Show. Promoter Don Kirshner invented a real band called The Archies to provide the animated band with music. He co-wrote this song. Fun fact: Kirshner also played a role in creating The Monkees​.

Bubblegum pop at its finest!