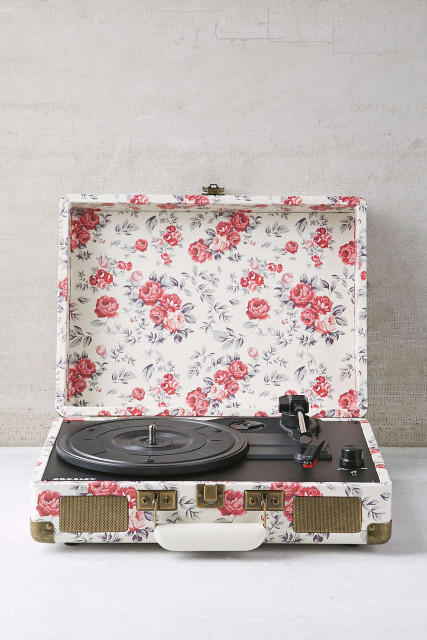 This one reminds me of the wallpaper in my bedroom as a kid. It’s $98.

If you’re like me, you grew up in a time when record players were primarily how you played recorded music at home. Sure there were cassette tapes, but that was mainly for music on the go, like driving in your car.

The big black pressed vinyl discs were better. They were fun to play (though, easy to scratch), protected by an art-filled cover, and cool to collect. In fact, my dad, a big fan of Bob Dylan, would buy his albums in threes when they were released. One was for playing, one was the backup, and one was simply for the ever-expanding “collection.”

Years ago, a friend of mine told me he collected the old Fisher Price portable plastic record players and outfitted them with new needles, taking a good working one to each of the record sales he attended. He used it as a clever way to test the vinyl (for sound and scratches) on the spot.

While I’m fairly certain I’m not the demographic they’re shooting for, Urban Outfitters has introduced a whole slew of really awesome and unusually fashionable briefcase-style record players. Many of them offer a stylish vintage look and all are packed with modern components.

Take a look at some of my favorites: 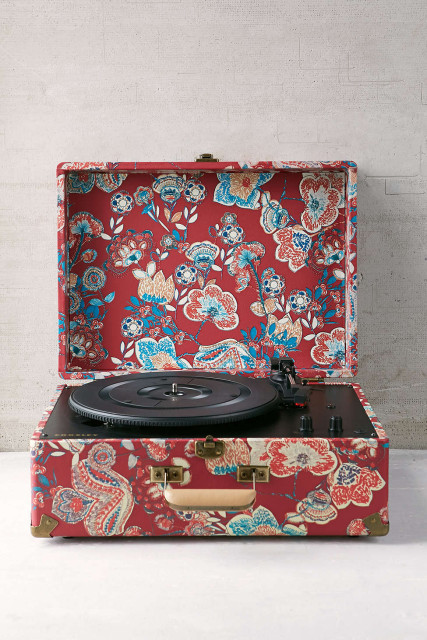 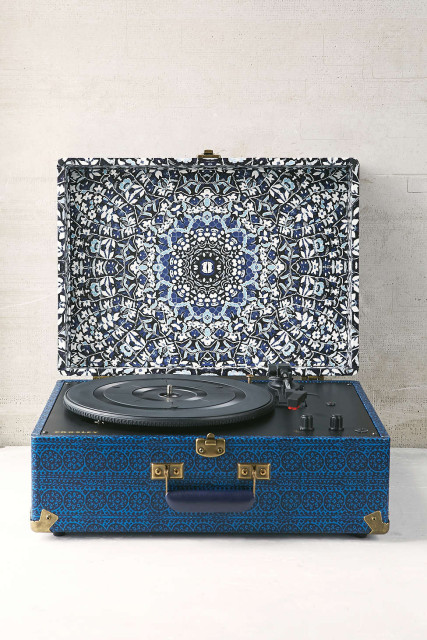 Ok ok, I adore this embossed one, even if its description does say it’s made of “vegan leather.” I have to know, what happened to the use of the word “pleather”? 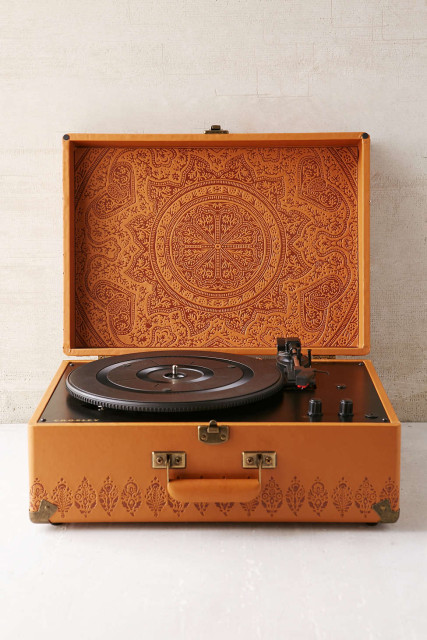 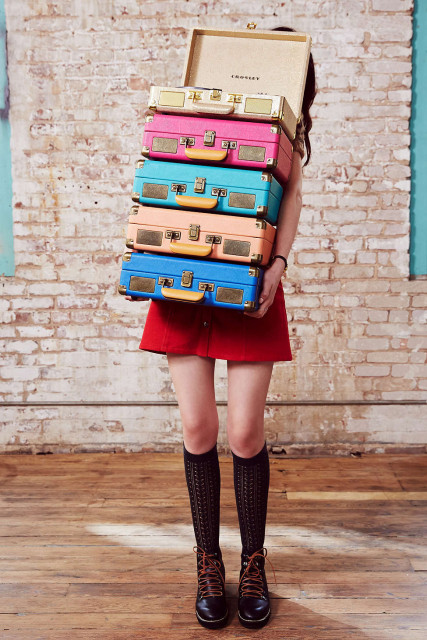 Aren’t they great? Which one is your favorite?