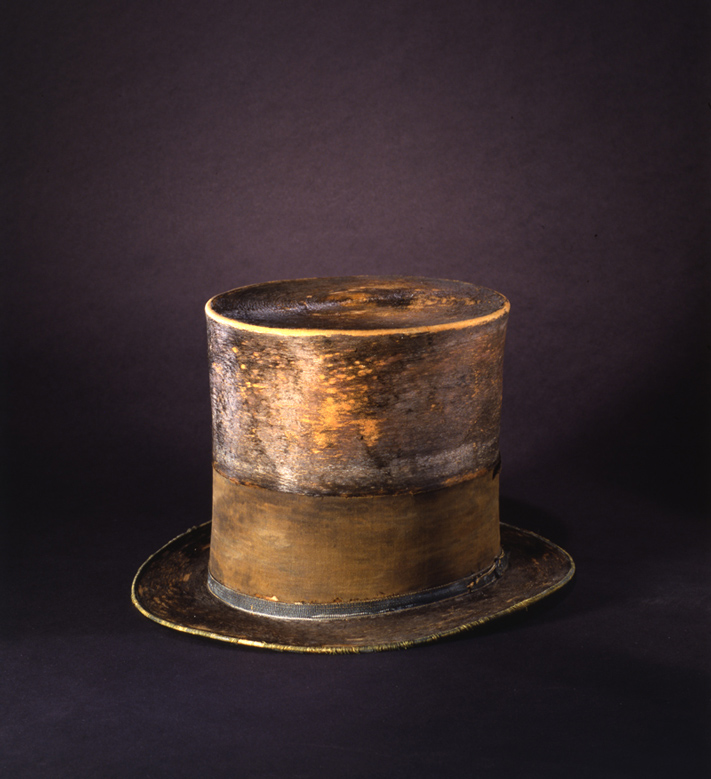 This is the silk top hat that Abraham Lincoln was wearing the night he was assassinated at Ford’s Theatre.

It’s on display at the Smithsonian National Museum of American History in Washington, D.C.

Here is a history of the hat as shared by the museum:

At six feet four inches tall, Lincoln towered over most of his contemporaries. He chose to stand out even more by wearing high top hats. He acquired this hat from J. Y. Davis, a Washington hat maker. Lincoln had the black silk mourning band added in remembrance of his son Willie. No one knows when he obtained the hat, or how often he wore it. The last time he put it on was to go to Ford’s Theatre on April 14, 1865.

After Lincoln’s assassination, the War Department preserved his hat and other material left at Ford’s Theatre. With permission from Mary Lincoln, the department gave the hat to the Patent Office, which, in 1867, transferred it to the Smithsonian Institution. Joseph Henry, the Secretary of the Smithsonian, ordered his staff not to exhibit the hat “under any circumstance, and not to mention the matter to any one, on account of there being so much excitement at the time.” It was immediately placed in a basement storage room.

The American public did not see the hat again until 1893, when the Smithsonian lent it to an exhibition hosted by the Lincoln Memorial Association. Today it is one of the Institution’s most treasured objects.