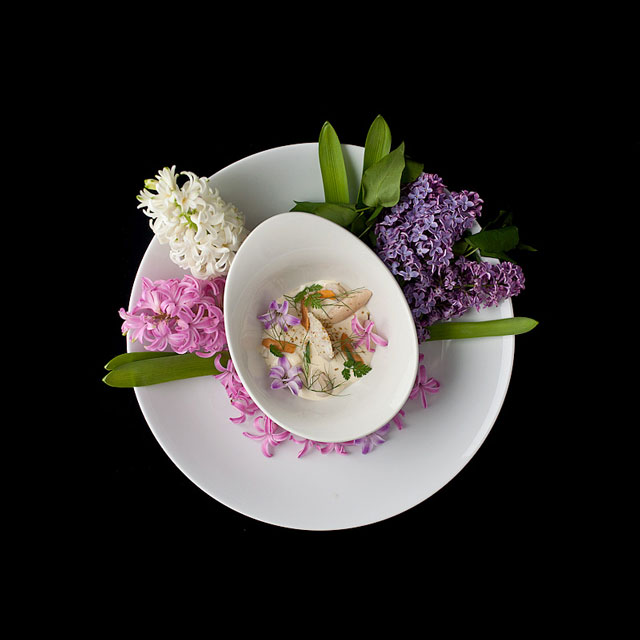 Five years ago, veteran VFX artist/amateur chef Allen Hemberger of Oakland, California decided to make every recipe in the Alinea cookbook, a collection of recipes from the Chicago restaurant that helped create the molecular gastronomy movement. Hemberger’s forthcoming book, titled The Alinea Project, is a visual memoir of making very weird food in really hard ways, and it looks amazing.

The photos in the book are glorious, and the stories behind each photo are beyond belief. 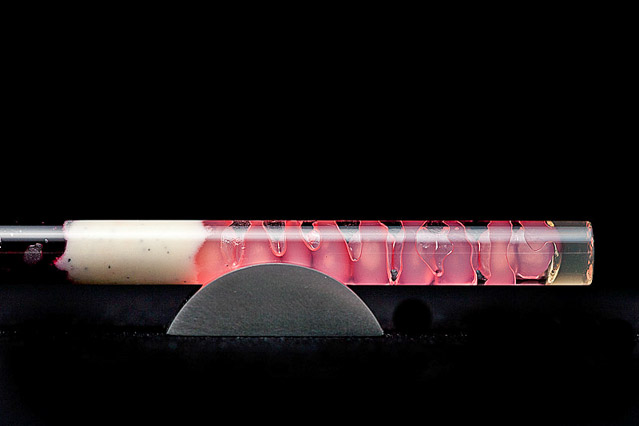 Check out this recipe for a glass tube full of tapioca pearls…In which Allen ponders the meaning of a job well done, attains enlightenment, learns to precision-mill steel so he can make little rests for the glass tubes in which the dish is served, designs a laser-cut box in which to store the tubes and rests, and eventually gets down to the real work: making bubblegum soup.