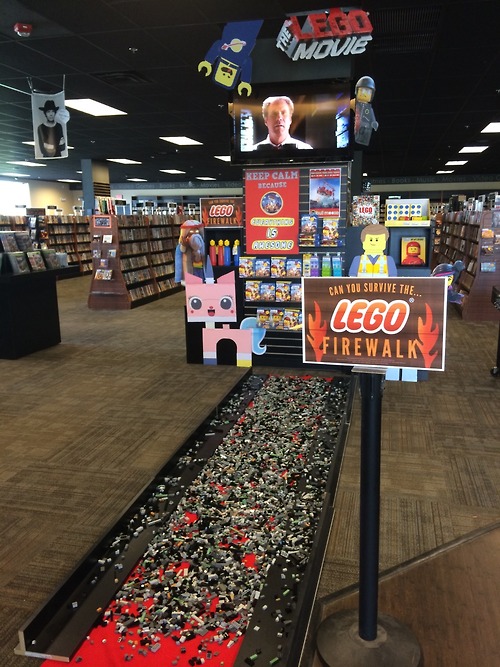 I hope you step on a LEGO brick, barefoot.

Everyone can agree that one of the few things more painful than running over hot, fiery coals with no shoes on, is stepping on a rogue LEGO brick barefooted.

To promote the release of “The LEGO Movie,” the Portland, Maine location of the entertainment store Bull Moose created a “firewalk” made of hundreds of the jaggedy building blocks.

The company posted an image of their LEGO-lined stunt on their Tumblr feed with the funny caption “Lego fire walk with me.”

If you look closely at the image you can see there are two handmade signs. The one at the beginning reads, “Can you survive…the LEGO Firewalk” and the one at the end of the path reads, “Keep Calm because Everything is Awesome.” Perfect.

Courageous customers who took the challenge and survived reportedly got a discount on the movie.

Be sure to subscribe to Rusty’s Electric Dreams, my free, weekly inbox zine at http://electricdreaming.com. It’s fun!