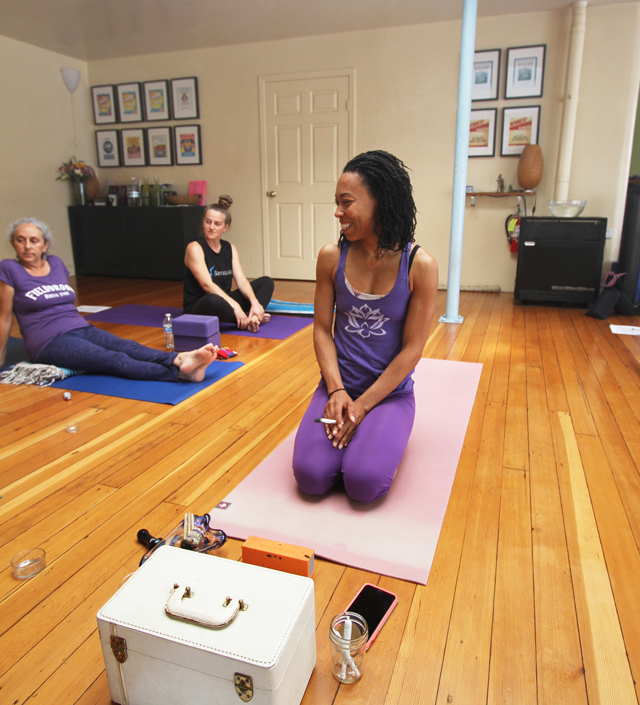 Aya-Nikole Cook, founder of Sweet Leaf Yoga in Oakland, California, blazing up at the start of class

Folks, I’ve lived in the San Francisco Bay Area for more than 20 years and, on Sunday, I attended my very first yoga class. Not just that, it was an “enhanced” class, enhanced by medical cannabis! I can’t make this stuff up, stoned yoga, people, stoned yoga. California living is the best!

I had just met Sweet Leaf Yoga‘s founder, the amazing Aya-Nikole Cook, the day before at a meeting for cannabis leaders in the East bay (you may remember that I have started consulting in the industry). At some point, she explained her unconventional practice to me. I was blown away.

I thought to my weed-loving, exercise-challenged self, “I HAVE to experience this.”

Less than 24 hours later, there I was, sitting on a yoga mat with a fat spliff placed on it. The joint, we were told, was filled with Super Solar Haze, an organic Sativa-dominant flower from Native Seed. I took a check of my classmates, all women, of varying ages and all definitely 420-friendly. The stigma around medicating with cannabis seems to be on a sharp decline around here. Not one woman declined having her photo taken, even after I stated that I’d be publishing it online.

After checking our patient recommendations, Aya began the smoking ritual. As we all lit up, we listened to her share her thoughts about the dearly-departed Prince and his extraordinary life as a humanitarian and musician. Then, as we were feeling the buzz, we introduced ourselves. 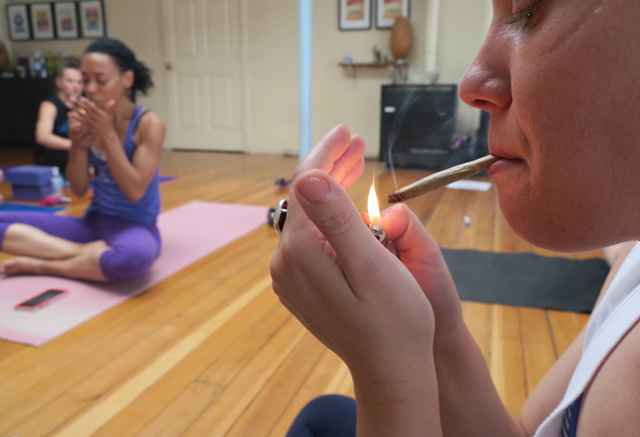 I remember thinking, “It feels safe here. I feel so connected and present.” Normally, in a group exercise setting, I’m not so chill. I feel anxious and worry about what people are thinking of me. Not this time. Nope. I was eager to get started.

And, “get started” we did. The actual yoga was challenging for me, though I did my best to keep up. I didn’t feel “stupid” for not knowing everything or not being able to get into pose. The pot actually allowed me to tap into my inner child’s curiosity about the movements, and pushed out the judg-y “mean girl” voices. I medicate for many reasons, but primarily to combat symptoms stemming from PTSD, like anxiety.

This buzz-tastic Sativa did the Lord’s work, I’m telling you.

After a long, breath-focused intermission, we started in on a pre-roll from Grass Valley Farms. Filled with the awesomely-named Yeti OG, we learned it’s a “tension-relieving” Indica, something we’d be smoking to relax into the final, deeper movements. The room was warm and I really allowed myself to be in the moment. It felt… luxurious. Come to think of it, getting high and doing yoga in a nice studio near Lake Merritt in Oakland IS a luxury.

Fresh juice was served at the end of class, and we had the opportunity to smoke from a bowl filled with a hybrid named Three Kings. We also chatted, seated on our mats, as we drank our juice. One woman shared that she had never smoked a Sativa followed by an Indica, but offered, smiling, “They’re good sisters.” 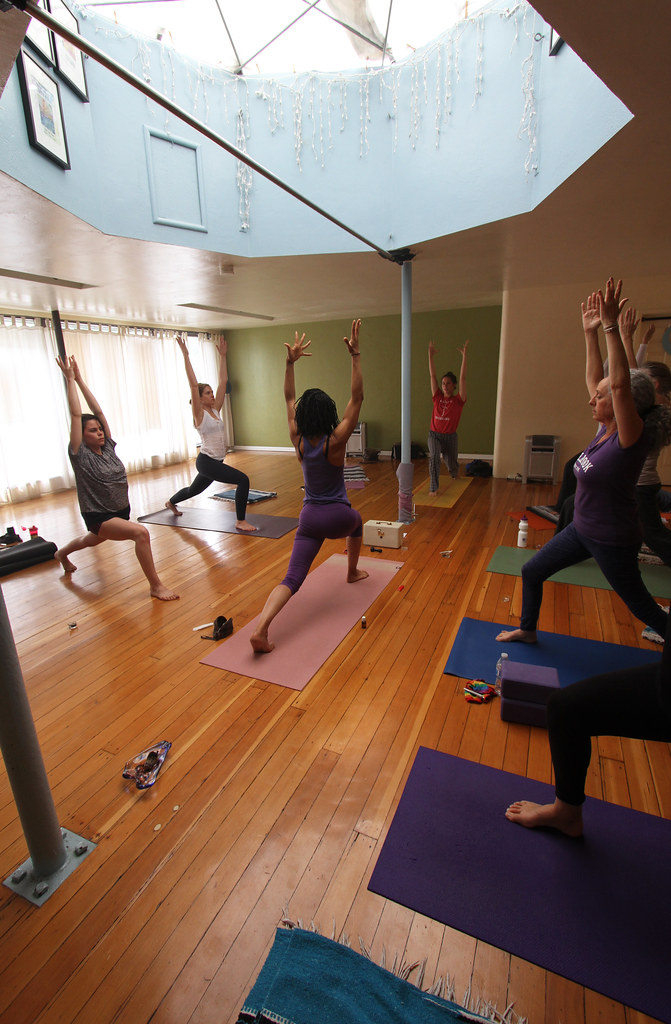