With Valentine’s Day (aka “the other Black Friday”) nearing, I thought it would be fun to share some wonderfully strange Valentine cards of yore. To narrow down my search, I focused on cards that may look innocent at first, but have some other message to be conveyed. I didn’t have to look far…

Last year, illustrator Mitch O’Connell, the (humble) author of Mitch O’Connell, the World’s Best Artist, picked out some doozies and featured them on his site in a post called, “Unintentionally Hilarious Vintage Valentine’s Day Cards! See the top 100 Risque, Rude and Sexy examples of all time!” Here’s a look at some of those gems, presented without comment: 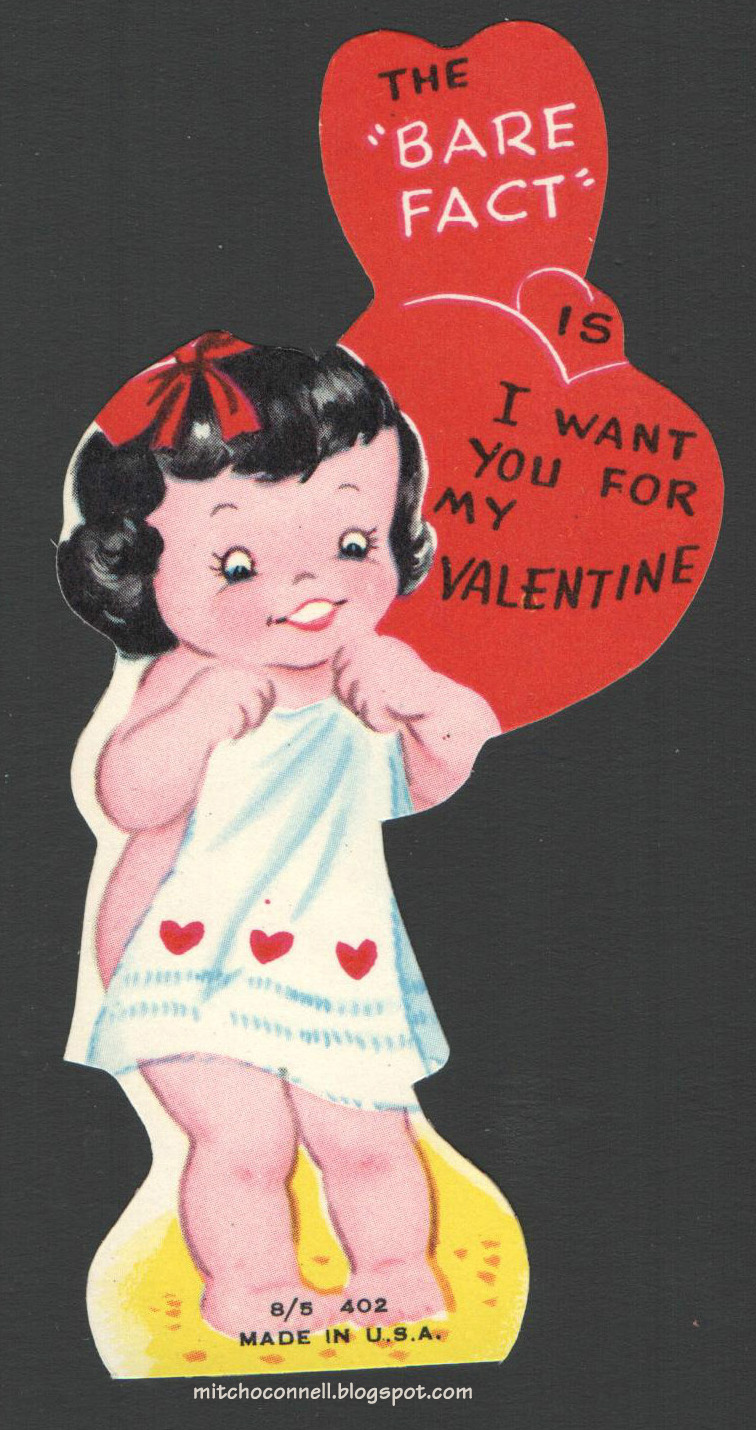 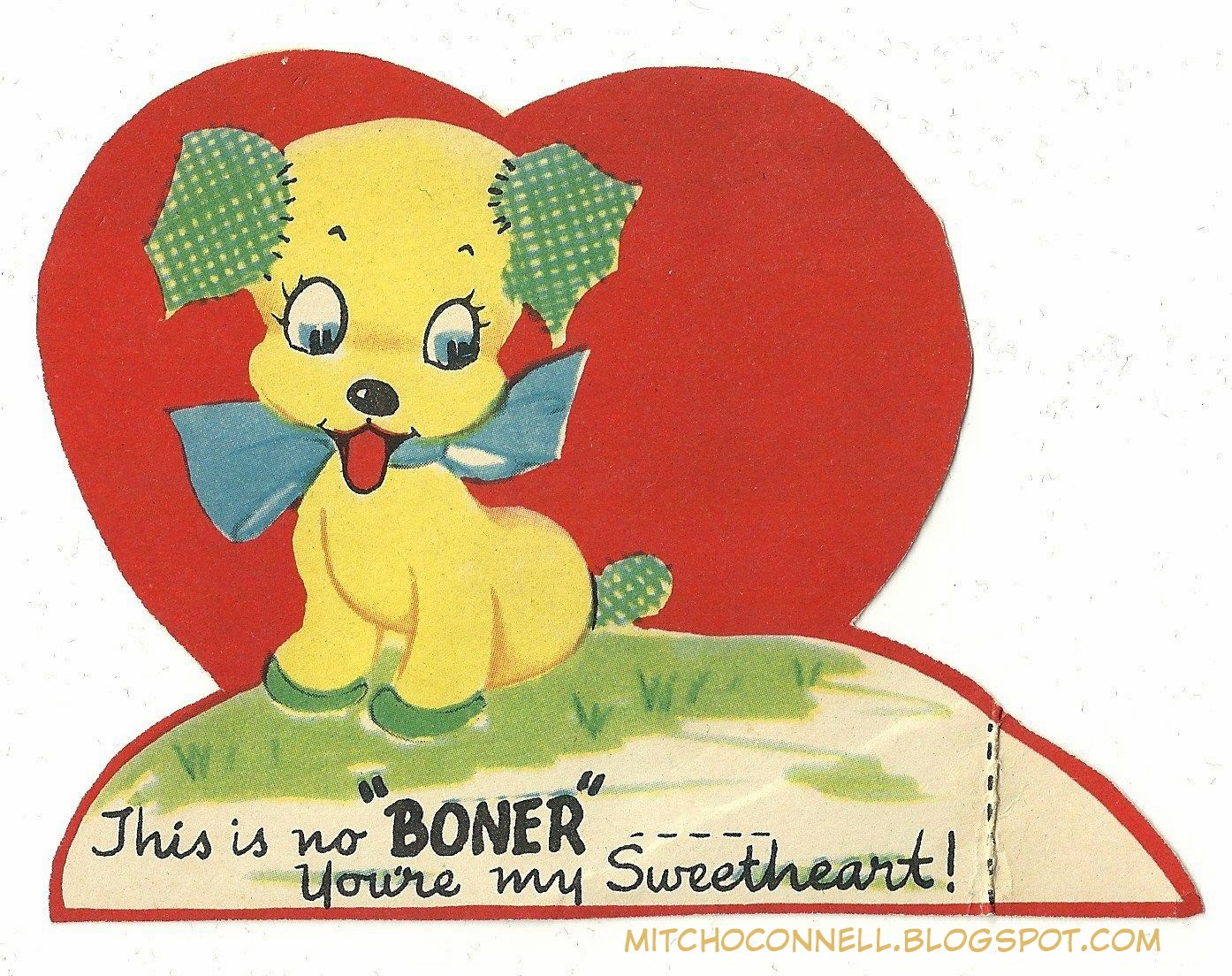 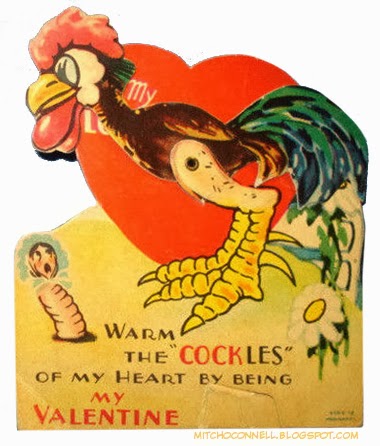 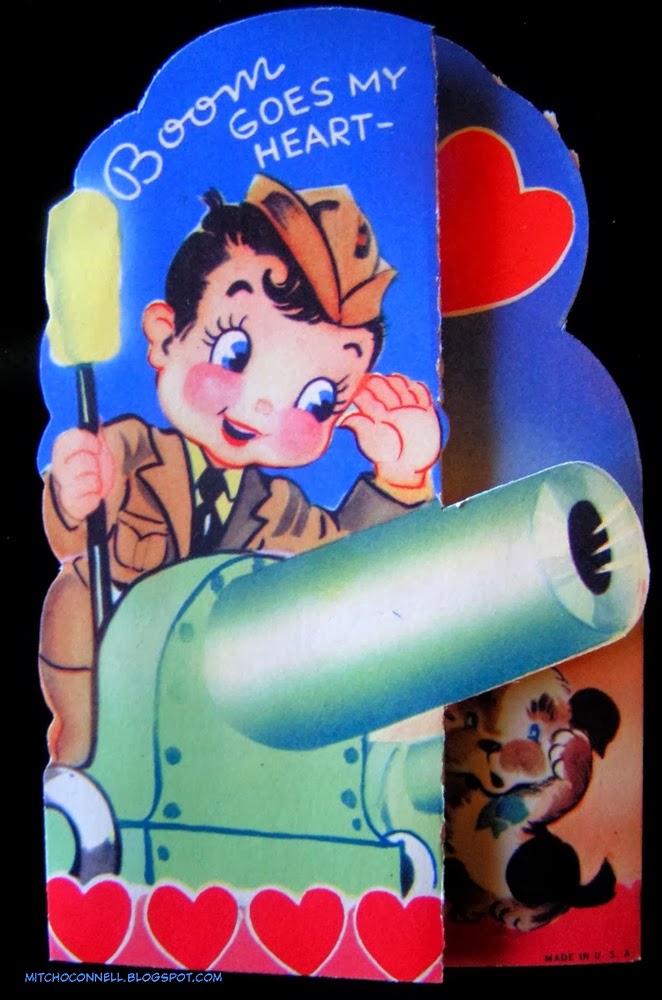 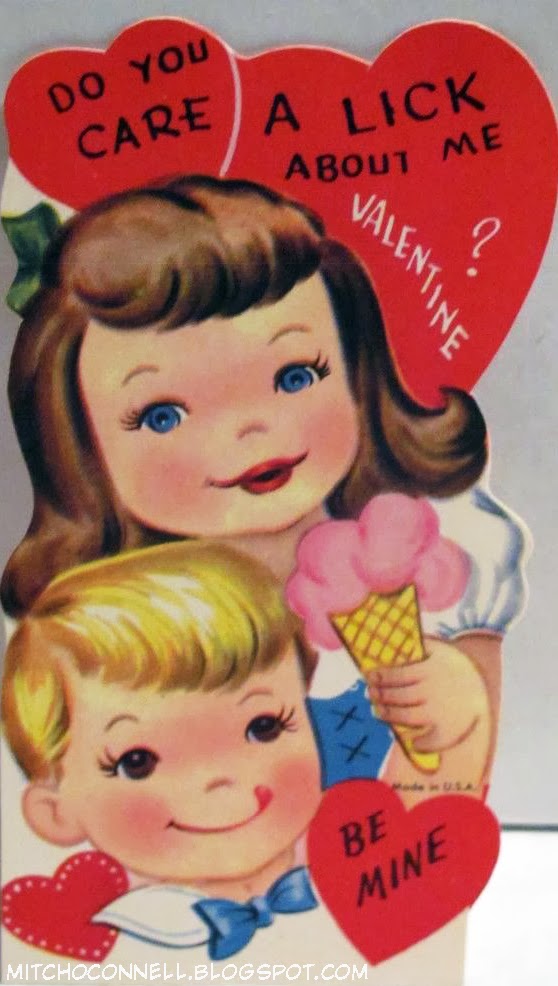 Just what exactly are they trying to say!?

He’s got a bunch more at his site, you should go look at them when you’re done here.

On Flickr, artist Kipling West has put together a set called, “Valentines: WTF” and WTF indeed. Take a look at some of the ones he found, also presented without comment:

He’s got more, lots more. They are all on his Flickr page and you should definitely look through those too.

In an article titled, “Happy Valentine’s Day, I Hate You,” Lisa Hix of Collectors Weekly wrote about “Vinegar Valentines,” early V-day cards made to anonymously let someone how much you hate them. They are also worth checking out.

If *you’ve* got a really strange vintage Valentine’s Day card that you’d like to share, email me at rusty@blazenhoff.com.

Love you guys, mean it!

via So Bad So Good