Reno native and Blazenfluff contributor, Epiphany Jordan, shares a dining “must try” when visiting “The Biggest Little City in the World” –the hidden jewel of the Nugget casino, a meaty treat called the Awful Awful. —ed. 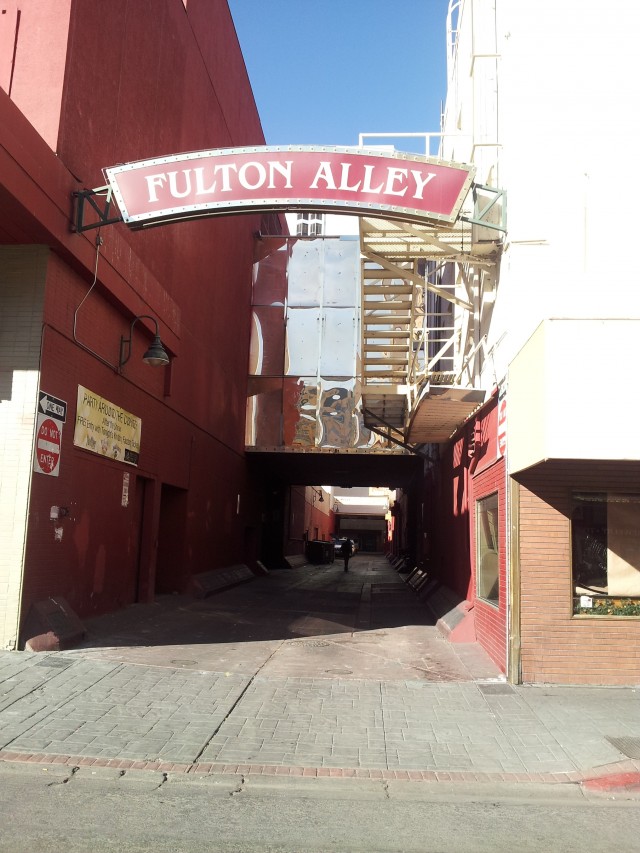 The alley is between Virginia and Sierra, off of Second Street. Walk north on the alley toward Commercial Avenue. On your right, you will see this door, which is the back door to the Nugget casino: 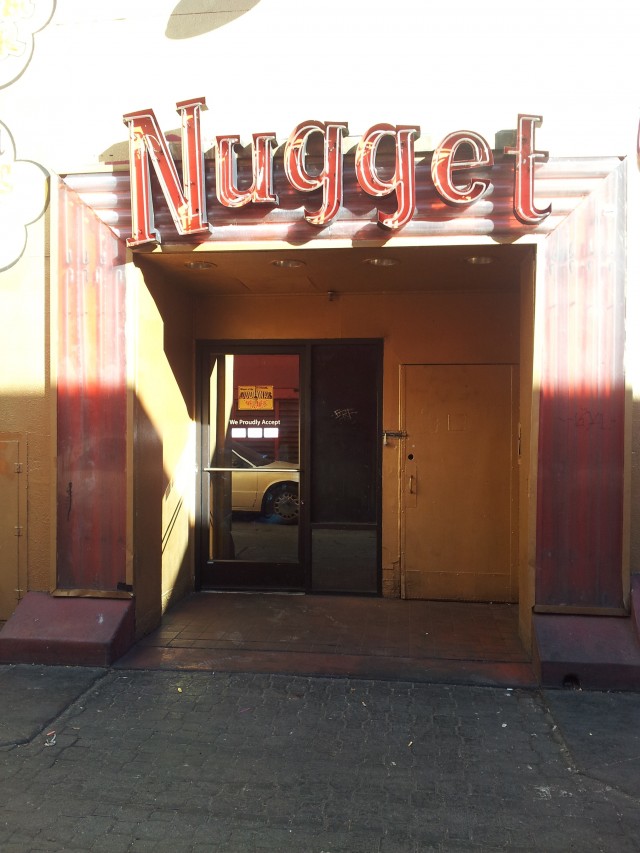 At the back of the one-room casino is a small diner. It’s not much to look at, but it’s home to the Awful Awful. The Awful Awful is a half-pound cheeseburger served with a one-pound basket of fries. It’s awful big, and awful good. I often fantasize about this meal for weeks before I take a trip back home to Reno. 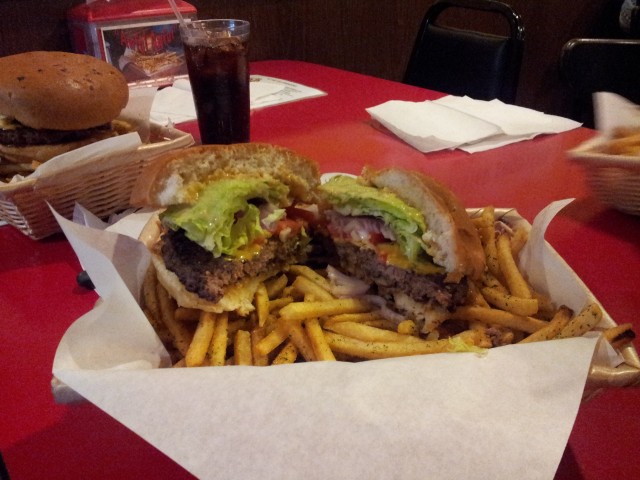 Over the years, the Awful Awful has won many awards: 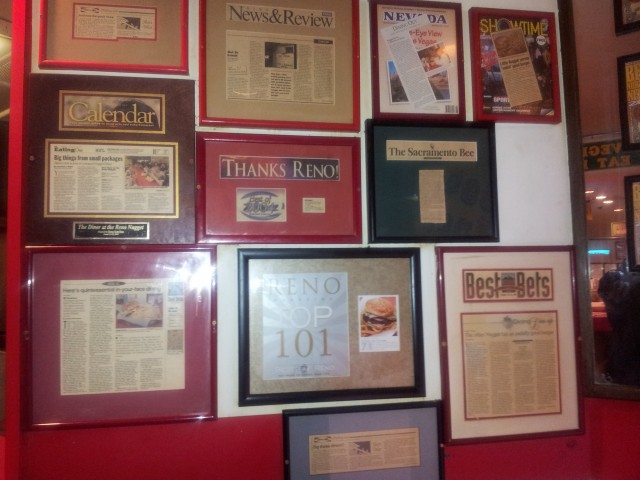 Here’s a view of the Nugget from Virginia Street: 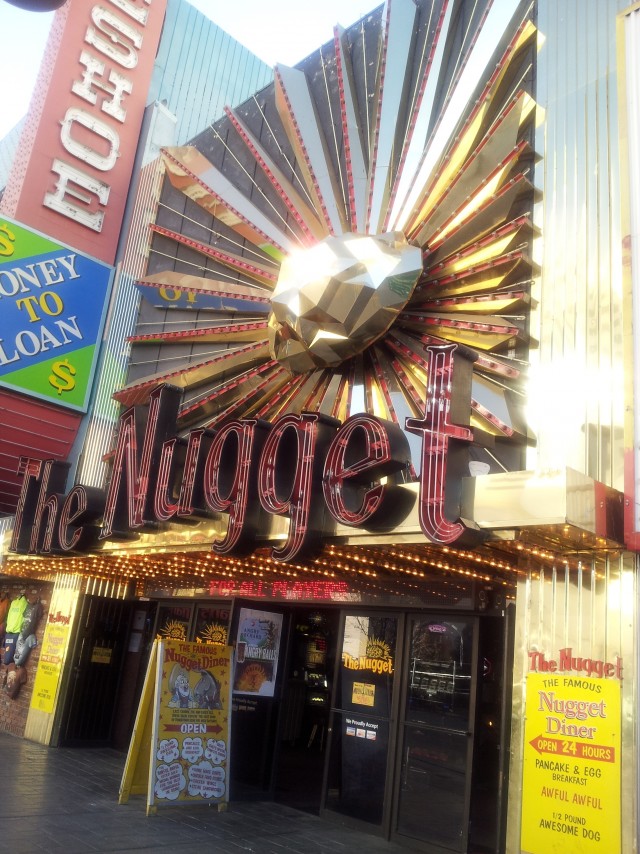 For the record, there are three Nugget casinos in Northern Nevada, and each sells a different version of the Awful Awful. The one I’m talking about is located at the Nugget in downtown Reno. It was chosen by Food Wars as the best of the three. Here’s that segment, which aired on the Travel Channel:

I suggest you try them all and judge for yourself!