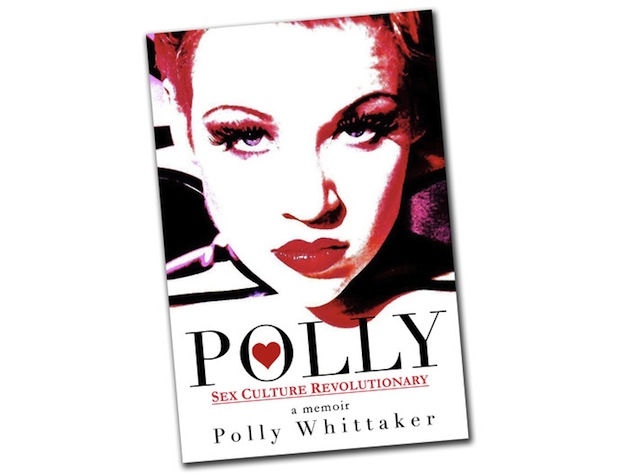 For over 10 years, Polly Whittaker has run Kinky Salon, a pansexual sex party in San Francisco. She wanted to write a how-to guide so others would know how to throw their own parties, and ended up writing a much bigger story, her personal memoir: Polly: Sex Culture Revolutionary. It’s described as a “brazenly honest memoir about sex, self discovery, cultural evolution, and a mad plan to change the world.”

Polly Whittaker has lived three lives: A rebellious latex fashion designer with a penchant for dancing on tables, an irrepressibly optimistic social innovator with a mad plan to save the world, and a lonely girl defined by the death of her father. This powerful memoir, told with great honesty and humor, vividly captures the failures and triumphs of a young woman struggling to understand the meaning of her own existence, while pursuing her dreams to change culture.

The memoir is finished and she has launched a crowdfunding campaign to self-publish. Rewards include copies of the book, among many other tasty prizes.

Here’s Polly speaking about why she wrote this book:

And this is what Mission Control in San Francisco looked like inside during a typical Kinky Salon party:

Unfortunately, Kinky Salon lost its space of 13 years in San Francisco recently, and is looking for new digs. Meanwhile, Kinky Salon events are happening in other places around the world.

Be part of the revolution! Pre-order a copy of the book at Kickstarter:

And tell all your friends!