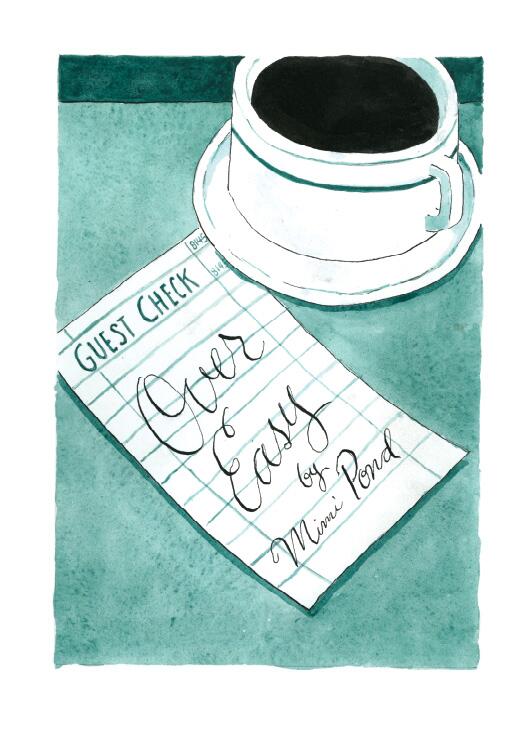 Over Easy is an upcoming graphic novel by cartoonist and writer Mimi Pond described as a “fast-paced semi-memoir about diners, drugs, and California in the 1970s.”

Over Easy is equal parts time capsule of late 1970s life in California—with its deadheads, punks, disco rollers, casual sex, and drug use—and bildungsroman of a young woman who grows from a naïve, sexually inexperienced art-school dropout into a self-aware, self-confident artist. Mimi Pond’s chatty, slyly observant anecdotes create a compelling portrait of a distinct moment in time. Over Easy is an immediate, limber, and precise semi-memoir narrated with an eye for the humor in every situation.

Sounds great! Due out April 2014, it’s available to pre-order now.