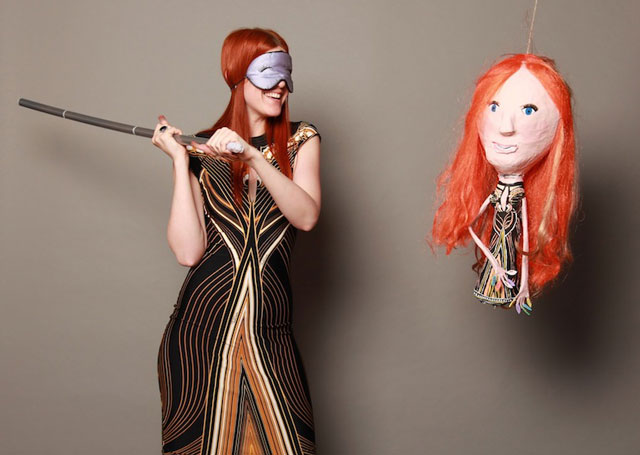 Recently, at the tail-end of a conference I was attending in Idaho, a woman with vibrant red hair came over to me and said, “Hey, I think I made a piñata of you. You’re Rusty Blazenhoff, right?” She stopped me in my tracks. See, a few months earlier, I had been mailed an enormous candy-filled piñata in my likeness from Trolli. 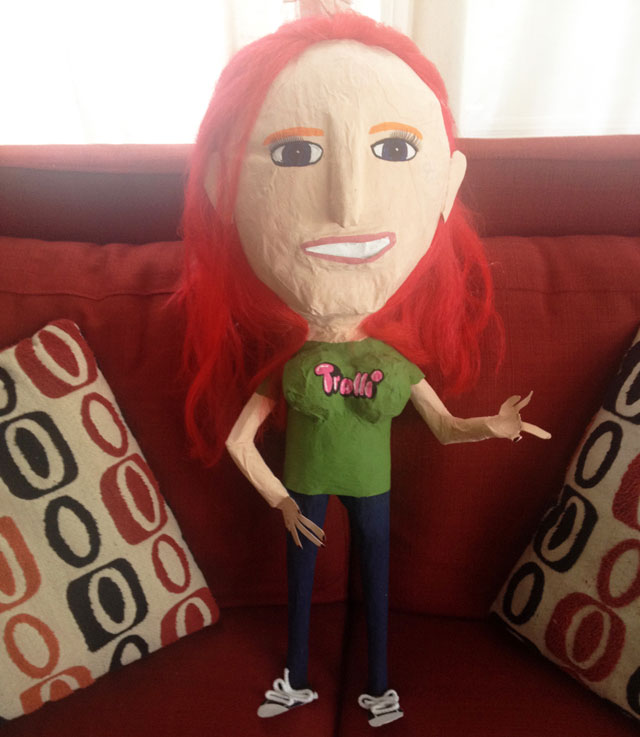 I was thrilled to get it because, well, it’s an awesome piñata that looks like me. I love it so much that I have it hanging in my dining room and, as you can see, I didn’t smash it. But I didn’t know who made it. I now know it is the work of Meaghan Kennedy, a Canada-based artist who was hired by Trolli to make a bunch of these “mini-me” sculptures in the likeness of a variety of influencers to promote the company’s “Weirdly Awesome” ad campaign. She made some to look like the talent from the Today show, Macklemore, Rebel Wilson, the guys from Smosh, me, and more. 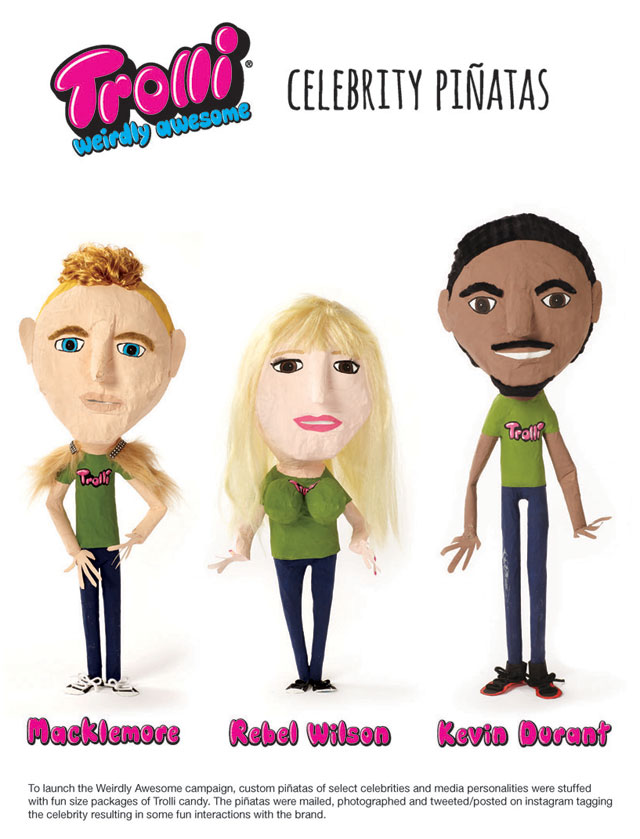 Meaghan’s been making custom piñatas for a few years now and she has been featured in all kinds of magazines, TV shows (including Ellen), and blogs, and has been hired by brands, gift givers, and others wanting her unique art.

Over 4 years ago Meaghan Kennedy was asked to create a poodle piñata for Talent Time, a live comedy and variety show in Vancouver, B.C. In the process Meaghan discovered that she loved making unique papier-mâché creations, and what was even better, she was good at it! Making a leap of faith (and a huge life change) Meaghan left her career at luxury clothing outlet L2 Leone to pursue her wild new dream of being a full-time Piñata Artist—and so far, it has definitely worked out.

“For a lot of people this is their hobby,” says Meaghan “but for me, this is what I do!” What started as a hobby has turned into a couture crafting business. Over time Meaghan has honed the art of sculpting piñatas into likenesses of loved ones, celebrities, animals, political figures, and just about anything else you can imagine. Past clients have ordered everything from ex-boyfriends/girlfriends and the late Korean dictator Kim Jong Il, to dozens of sharks, donkeys, and one gigantic goose.

While she makes her personalized creations using traditional methods, wrapping balloons with papier-mâché, her pieces are anything but traditional. I am quite fond of her two-faced ones, which would be great for a bride and groom, or say, besties. 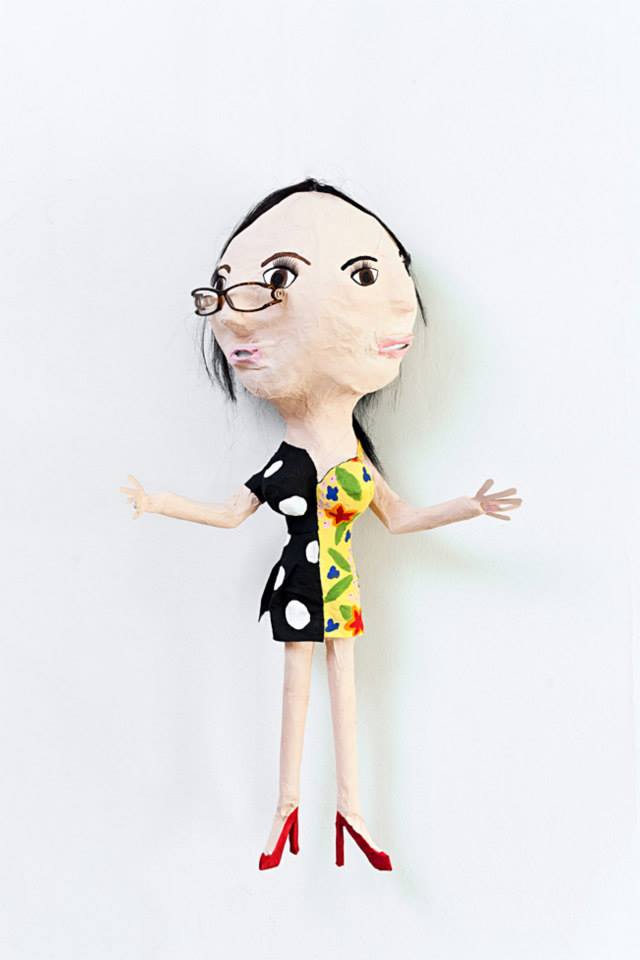 ORDER your own custom, handcrafted piñata from her store, Your Piñata. Her site states, “All you need to do is send in a picture of what (or who!) you would like made and she will work around the clock to make a special sculpture you’ll never forget—even after you’ve hit it with your best shot.” 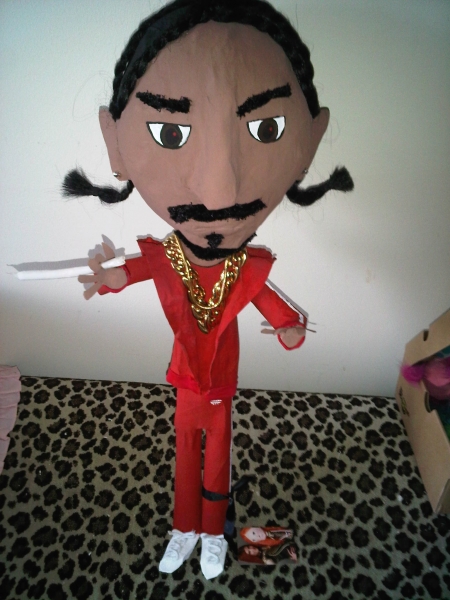 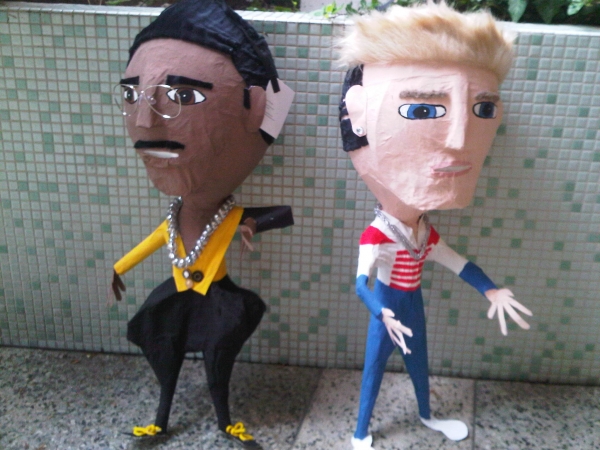 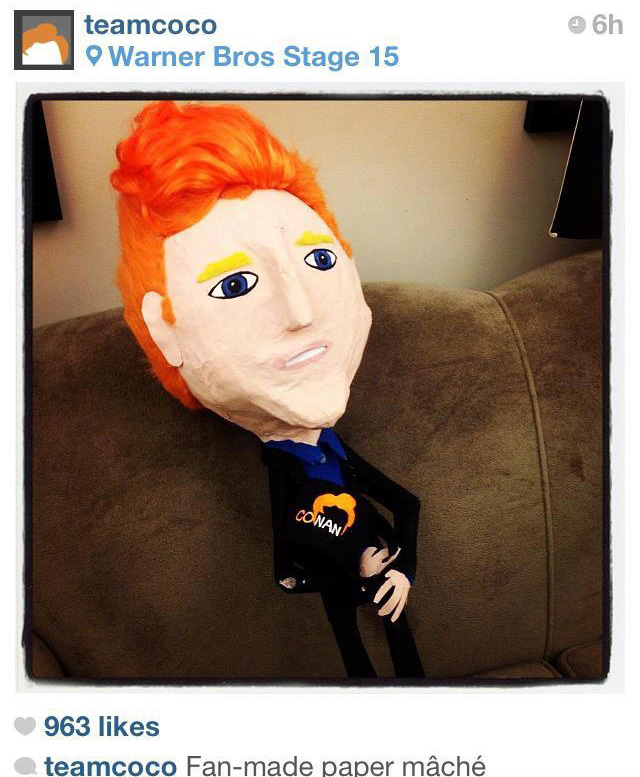 SEE more examples of her work at HERE.

lead photo by Brandyland Photography, photo 2 by Rusty Blazenhoff, image 3 via 2014 Show, other images via Your Piñata