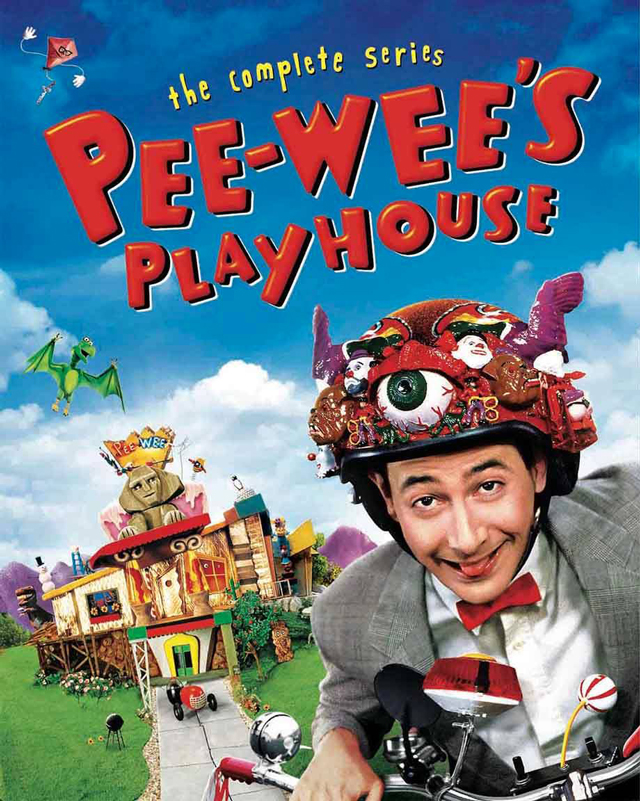 Scream real loud because the entire Pee-wee’s Playhouse series will be available on October 21, 2014 in high-definition!

This 8-disc Blu-ray box set not only contains all 45 episodes of Pee-wee’s Playhouse but also Pee-wee’s Playhouse Christmas Special (required holiday viewing at Chez Blazenhoff) and cool bonus material including recent interviews with members of the cast and crew.

The entire series –which ran for five years on television and won 22 Emmys– and the Christmas special have been painstakingly remastered for the very first time.

This must-have box set is available now for pre-order on Amazon for $96.99.

TV Guide named Pee-wee’s Playhouse #10 of THE TOP 25 CULT TELEVISION SHOWS EVER! Ever.

All 45 wacky episodes, plus Pee-wee’s Playhouse Christmas Special, have been meticulously REMASTERED from the original film elements and now you can see this groundbreaking series for the very first time in beautiful HIGH-DEFINITION!

Scream along to the SECRET WORD with Pee-wee Herman and his pals– Jambi the Genie, Miss Yvonne, Cowboy Curtis, Reba the Mail Lady, Captain Carl, Magic Screen, Conky, Globey, Chairry, Pterri, Randy and many more! Exclusive bonus features include brand-new interviews with members of the cast and crew!

Aaaaarrrrrrrrr!!! I know you are, but what am I?!