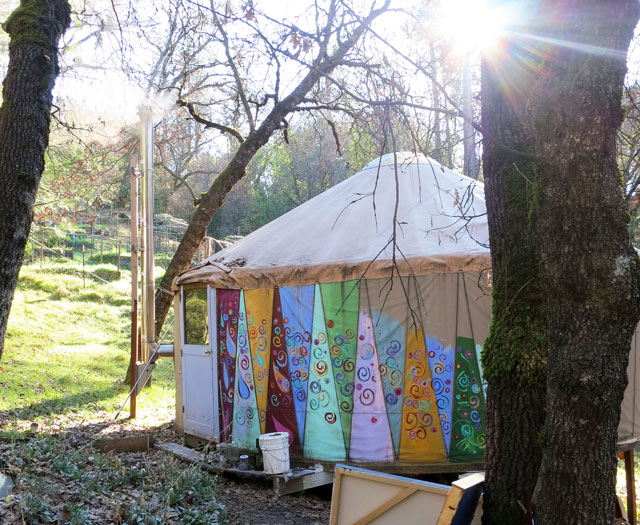 So yeah, I spent a night in an artist’s live/work yurt in the middle of the woods. The previous two nights I had spent in Reno with my Texas-based friends Kaspr and Epiphany, and they had invited me to accompany them to their friend Barbara’s place deep in the mountains of Nevada County, California. It’s the kind of place that is so out of the way, that I would be hard pressed to find it again on my own.

When we arrived it was dark and, since everything is “off the grid,” she already had the candles burning inside her round canvas dwelling. It was dim but I could tell this place was something special. Without trying to come across as too hippie-ish, I immediately felt it had a good “vibe.” There was lots of art supplies on the floor and several of her paintings were stacked up against a small countertop. 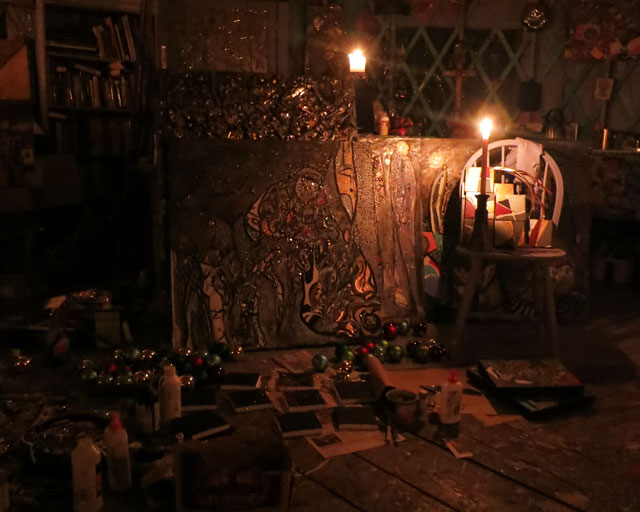 This is what we saw when we looked up at the top of the yurt at night. Those “constellations” in the sunroof’s bubble are created from the candles below. This picture doesn’t really do it justice but it was really gorgeous. We spent a lot of time looking up at this, watching the ceiling seemingly undulate. 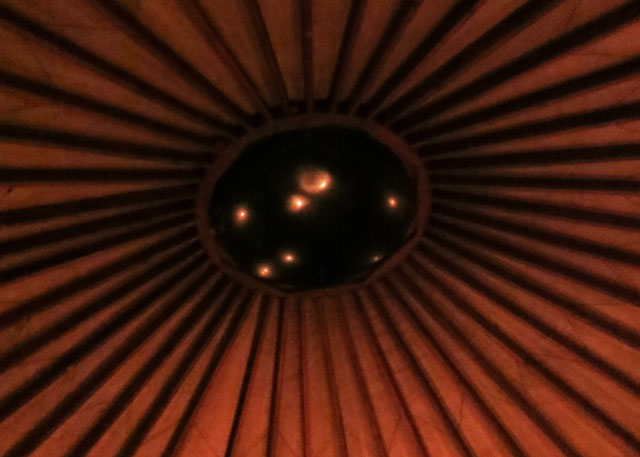 Barbara, who is nearly 70, is a lifelong painter. She told us that she easily spends 8 hours a day painting. She has so many works of art that she had to start storing them outdoors. 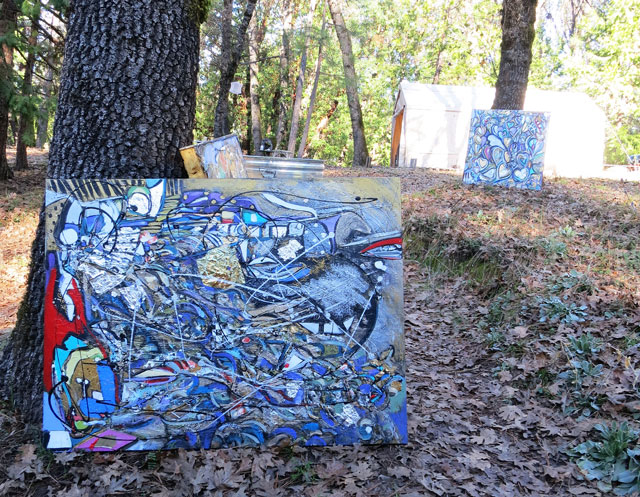 Up the hill a bit from the paintings was this golden Buddha statue, simply basking in the sun. 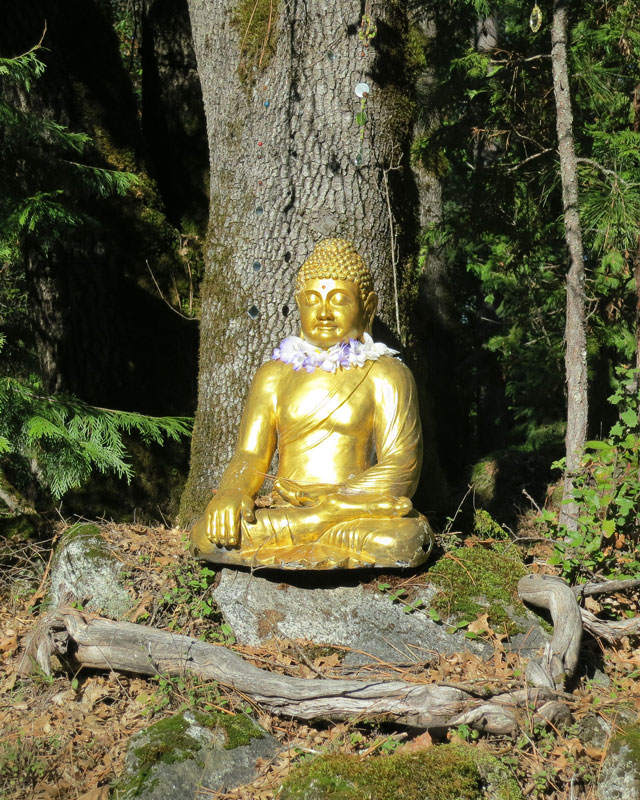 A few steps from that, propped up on a table, sat this cool moss-y tree trunk. 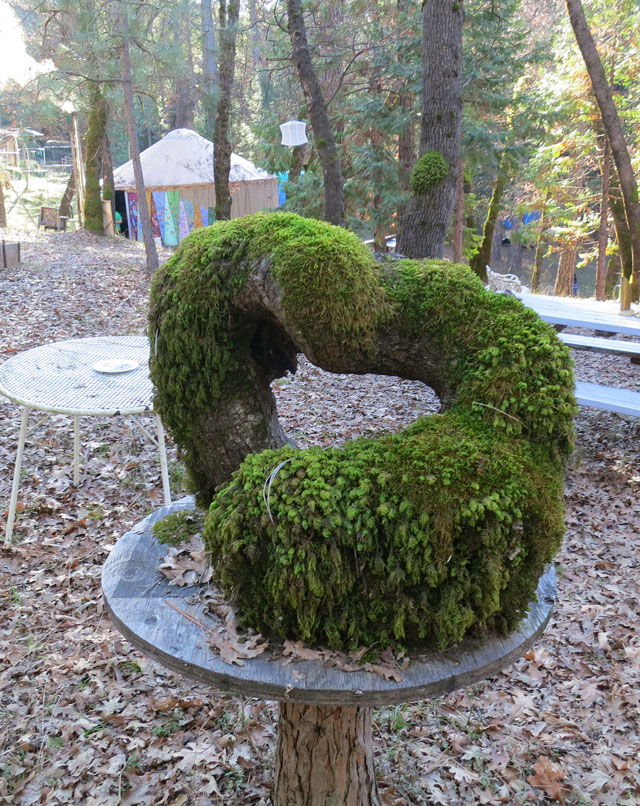 Barbara had even painted the outside walls of her yurt. 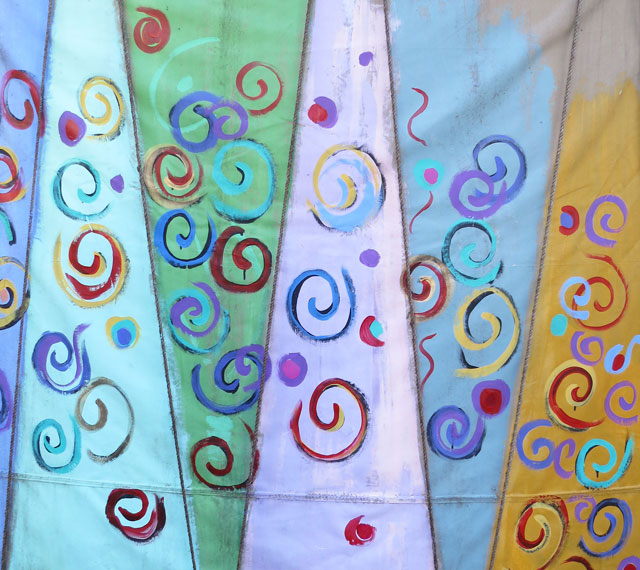 Inside, next to her bed, was Amanda Palmer’s new book, The Art of Asking. She told us that she is relieved that our generation has found our “Patti Smith.” 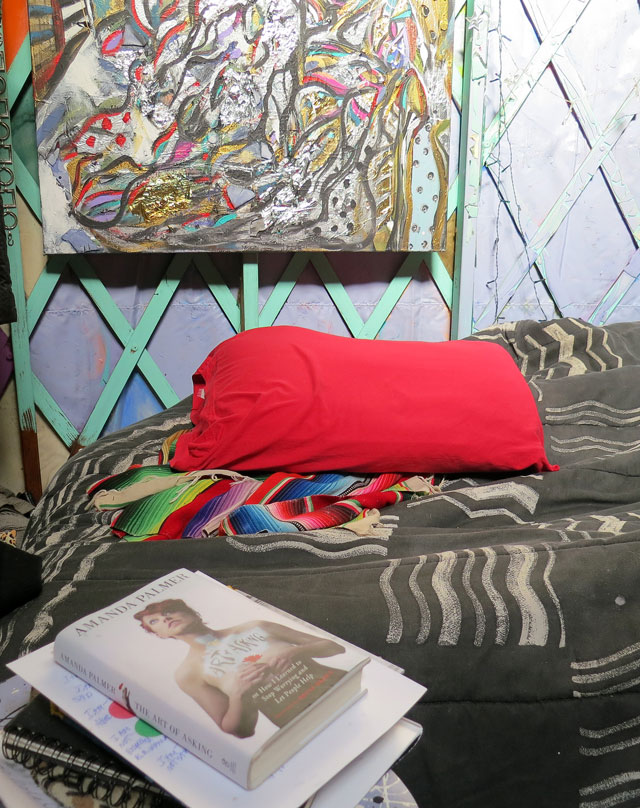 This is a work-in-progress. Notice the Christmas ornaments on the floor, she’s smashing those to include in this work. 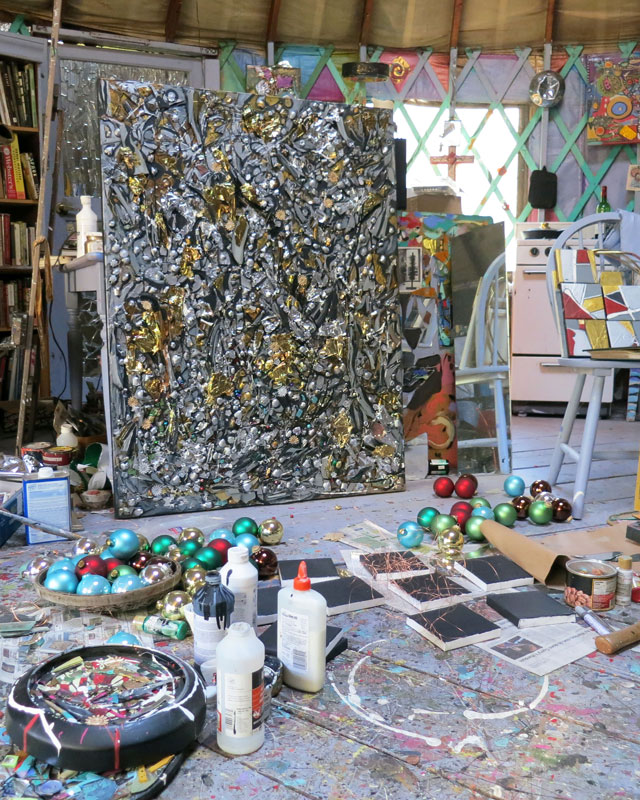 Even the floor is art here. 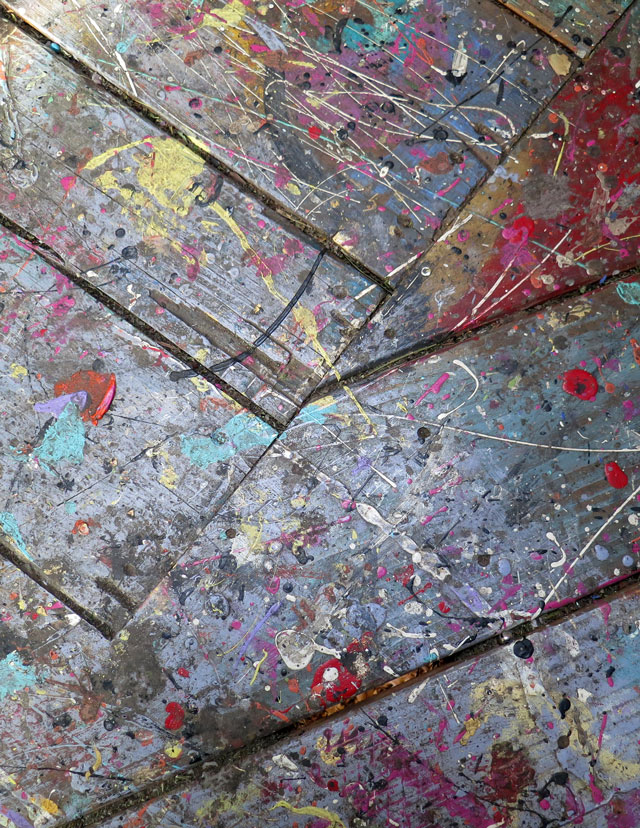 To keep the place warm –keep in mind that the walls are canvas– she heats up her wood-burning stove. 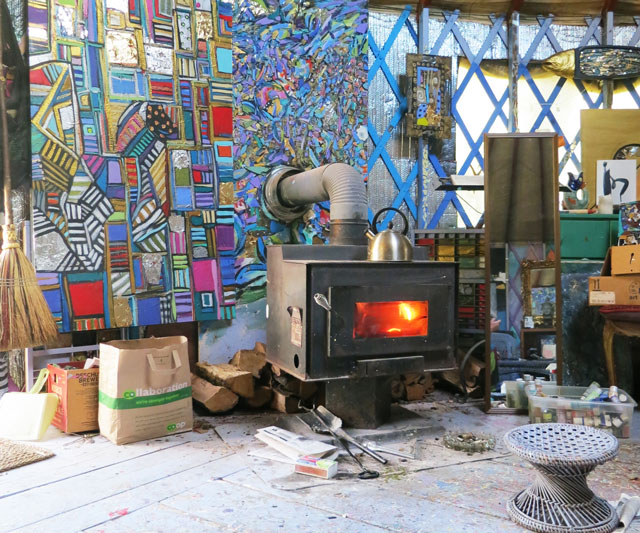 This is the long view of her yurt’s interior. Pretty cool, huh? 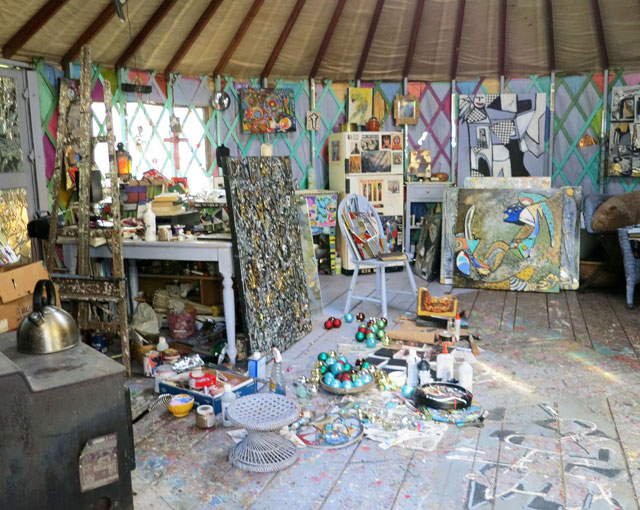 Also, and I don’t have photos to prove it, but the stars are incredible to view up there because there is no light pollution.

Thanks, Barbara, Piph, and Kaspr!