Children’s Fairyland is a charming theme park for little kiddies near Oakland, California’s Lake Merritt. Built in 1950, it still has the same sweet storybook-themed decor it did over 60 years ago. It’s usually only open for small children and the adults who accompany them, but occasionally this tiny amusement park opens its doors to adults only. This summer there are TWO such events.

The first one is the fourth annual Fairyland for Grownups, a collaboration between Fairyland and Oaklandish, which happens on Friday, August 15, 2014 from 7 to 10 PM.

There will be a giant dance party over in the Old West Junction, presided over by DJ Dion Decibels. There will also be puppet shows and other surprise attractions around the park. We’ll have beer and wine from Ale Industries and Periscope Cellars. Plus, a bunch of Oakland’s finest food vendors…And the best part: you’ll be allowed to explore the entire park, from the pirate ship to the card maze. The rides won’t be operating though, because rides and tipsy folks don’t mix. (note: you won’t be able to go to the top of the pirate ship or go down the dragon slide).

Tickets go on sale for this event on Friday, July 25 at 10 AM online. Follow Oaklandish on Twitter to get the link that day. Ticket proceeds benefit Fairyland itself, to help keep prices low for children and their families.

The other kid-free event at Fairyland this summer requires you to put your tech devices away. 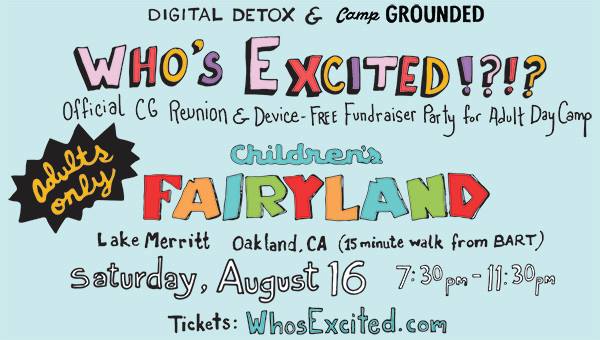 Digital Detox and Camp Grounded are giving adults an opportunity to unplug and play by hosting a device-free summer camp party at this inner-city wonderland.

It’s part reunion for Camp Grounded alum (though all are invited), part fundraiser, and is sure to be loads of fun. There will be live music, sing-a-longs, a talent show, board games, “camp haircuts,” and lots more. 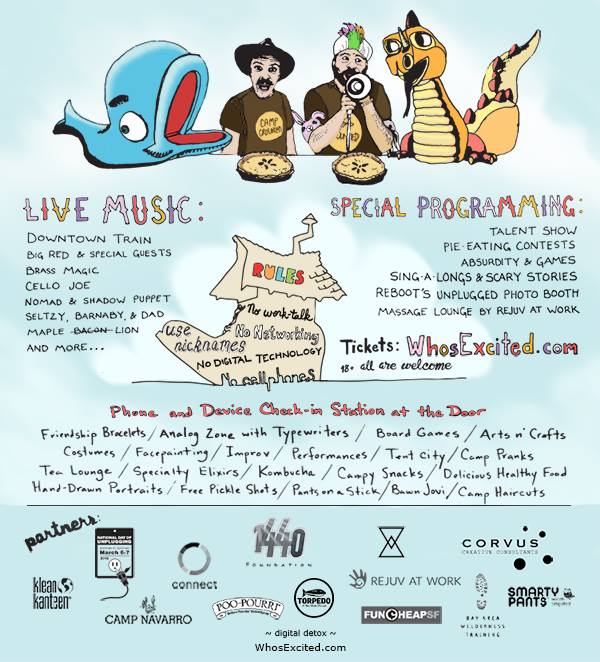 Children’s Fairyland is located at 699 Bellevue Avenue in Oakland, Calif.

Cool factoid: According to the park, Walt Disney was inspired by a visit to Fairyland to create Disneyland and even hired away their first executive director and puppeteer.