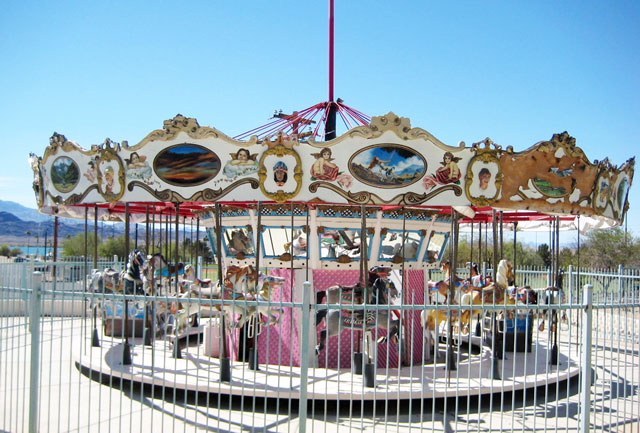 My brother pointed me to this public surplus auction in Lake Havasu City, Arizona which has put a vintage Le Grande Carrousel up for sale. The 24-horse carousel was crafted by the Allen Herschell Carousel Factory in upstate New York in 1929 and brought to Lake Havasu City in the mid-1980s to entertain tourists at the English Village at the London Bridge. As for its condition, the auctioneers state, “The Carrousel was mechanically operational when taken out of service a number of years ago. However, the Carrousel has not operated in years. Cosmetically, the Carrousel is in need of significant / total restoration. The canvas top for the Carrousel was sun rotted and removed some time ago.” According to this report from February 2014, this fragile piece of history couldn’t take the hot Arizona “sun, wind, and blowing dust.” 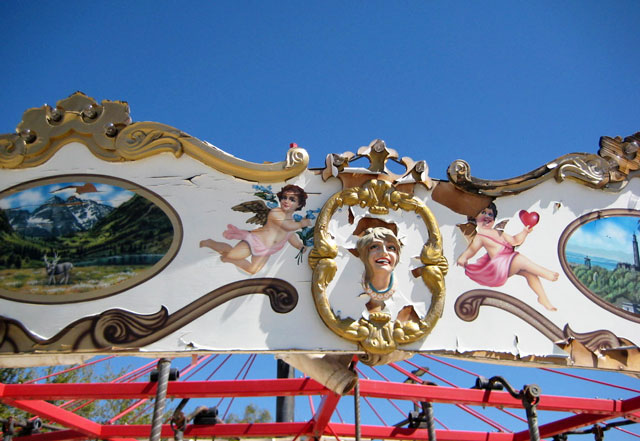 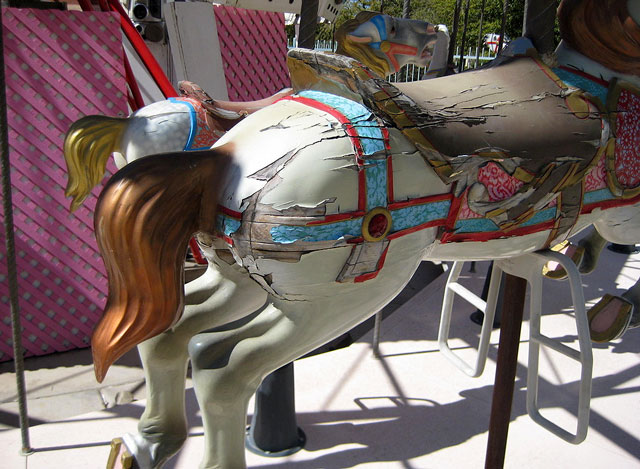 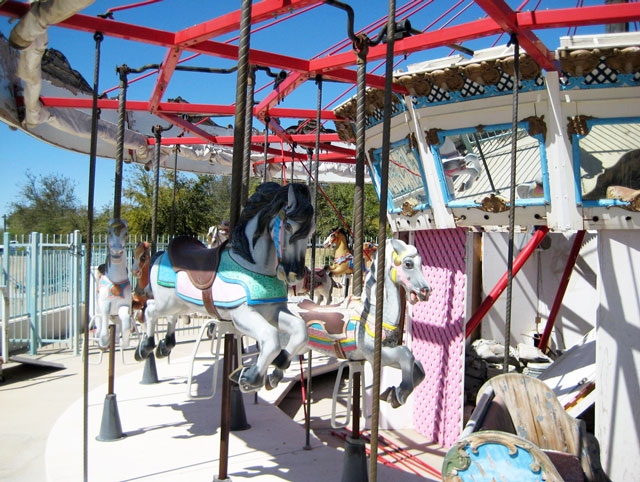