As I am a big fan of his, I’ve written about the work of artist Jason Mecier many times. He uses Slim Jims, bacon, pills, make-up, junk, candy like Red Vines, and all kinds of interesting bits and pieces to create amazing mosaic portraits of celebrities and other imagery straight out of pop culture. Now he’s being featured in Eye Candy, a ten-minute documentary that goes inside his San Francisco studio (you won’t believe some of the things he’s ‘collected’) and then to the opening of his Licorice Flix show at iam8bit gallery in Los Angeles last November.

Fashioning famous likenesses from everything from old toothbrushes to turkey basters, Mecier has created a unique visual style that Andy Warhol could appreciate. Is he making a statement on our obsession with consumption and pop culture? Or is it just eye candy? 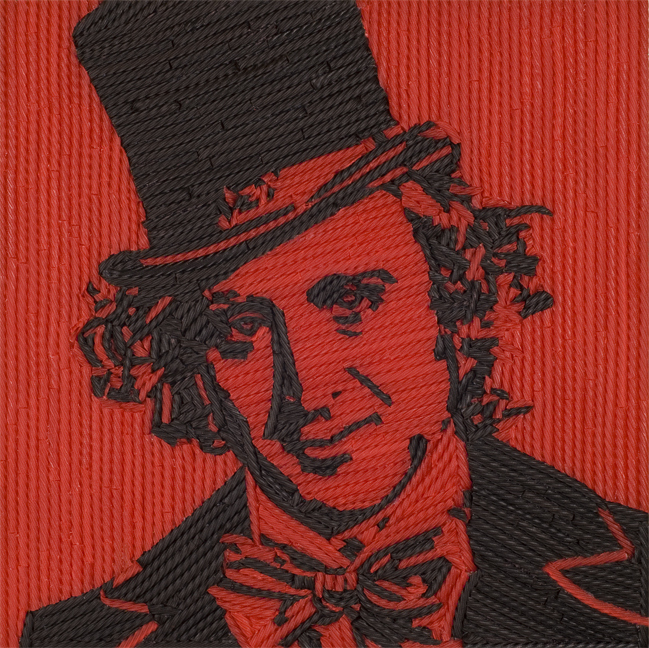 Willy Wonka made with red and black licorice

A side note: This film was produced by the company that makes Red Vines licorice which is what Mecier often uses as his medium. It’s exciting to see brands that “get” how to connect more authentically–producing a short film about the guy who is making art with your product is not only smart but very cool.