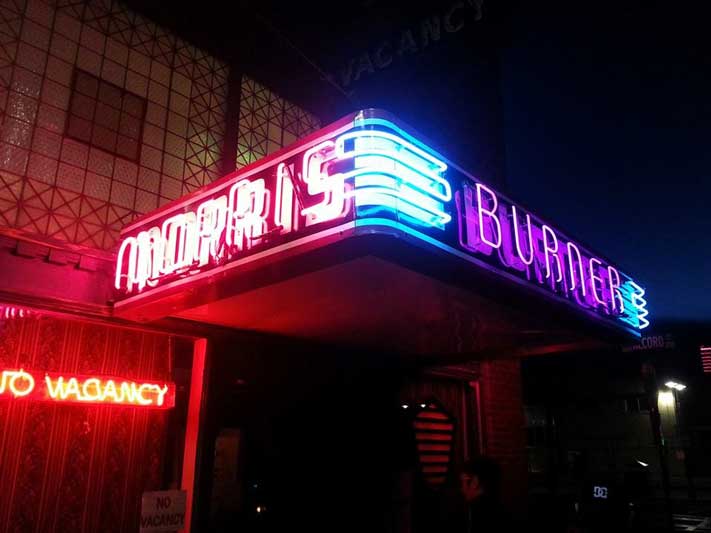 Fourth Street in Reno, Nevada is now home to the Morris Burner Hotel, an artsy establishment that caters to “burners” (a term used to describe the participants of the radical annual festival). In July 2013, brothers “Jungle Jim” and Don Gibson purchased the dilapidated hotel and, with a group of volunteers, have been renovating it into an amazing place that captures the spirit of Burning Man.

To do this, according to the hotel’s site, they have created a space that exemplifies the ten Burning Man principles of radical inclusion, gifting, decommodification, radical self-reliance, expression, communal effort, civic responsibility, leave no trace, participation, and immediacy, saying they have transformed it “from an eyesore into a blossoming flower in a concrete sea.”

Carpets torn out, mattresses gone and rooms painted into a blank canvas for anyone in the world to adorn with their personal creative touch.

The energy is exactly what 4th street needs, attacking a neglected zone with modern love. It is so much more than a hotel with art. It is a gallery with plans for sculpture and rooftop gardens, experimental solar heating, a TV studio, a coffee shop, and a marketplace of ideas from around the world. It is fast becoming a performance, creation and gathering space unlike anywhere else in the world.

Here’s the street view of the historic brick hotel, originally built in 1931, taken just after the Gibson brothers took it over: 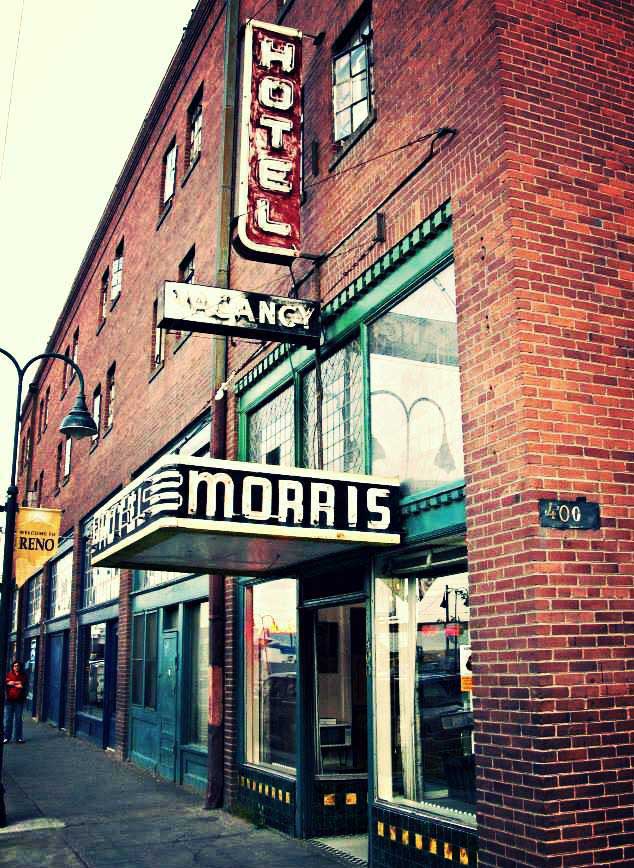 Owner “Jungle Jim” Gibson, who attended his first Burning Man in 2008, says this about the Morris Burner:

“Never in my life have I seen so many people work so hard and with so much passion, and it is for these amazing and wonderful people that I came out of retirement to head up this project. I give thanks every day that I am able to do this for our community, and they in return are working collaboratively to create one of the most inspiring and magical places on the planet.”

Every room has been decorated top to bottom with a unique theme, and the Nevada Sagebrush reports that artists in the community wishing to volunteer their time and skills can send in a proposal to decorate one of their own (contact the hotel directly here).

Here is a peek at Room 207, which local Reno artist and teacher Cindy Gunn has painted to look like a desert scene straight out of the American Southwest: 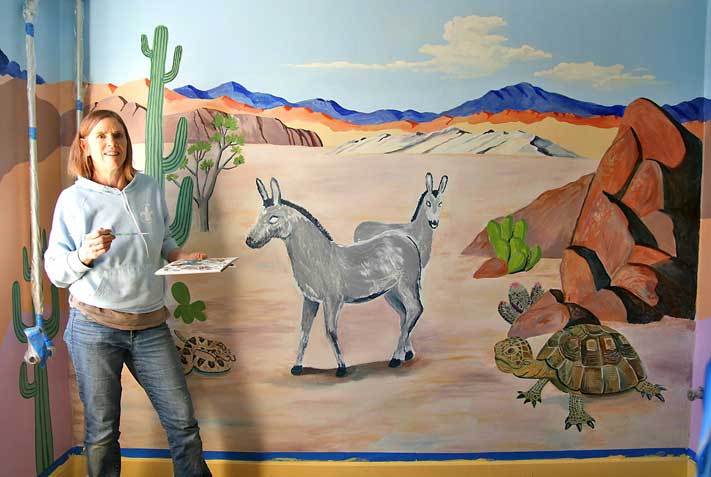 This is the “Goddess Room” and it was created by volunteer artists Carole-Anne Ricketts and Jill Marlene. The hotel’s manager, Alon “Vision” Bar, and his team expects it will be the “most highly requested room”: 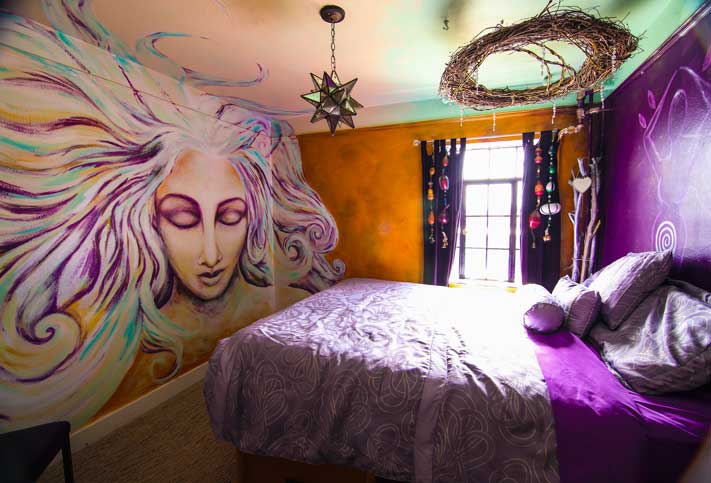 This is great. It looks like each room can be opened with a skeleton key (love that retro key fob!), like this one for Room 222: 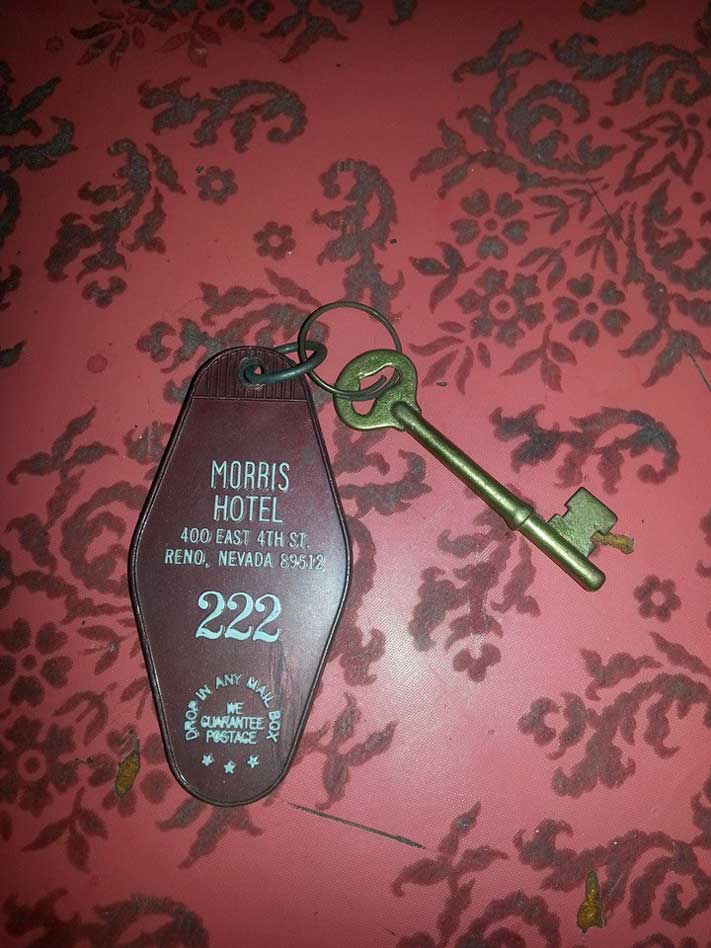 Rooms can be rented at the hotel, of course, but is also available as a venue for the arts. The first event to be hosted there is NADAgras, a 3-day long art show that doubles as the hotel’s “first grand opening.” It happens from March 7th to 9th, 2014 (more info).