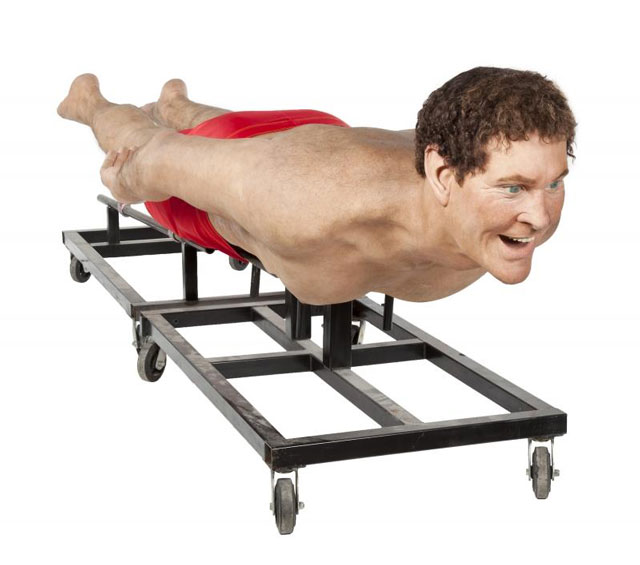 Stop the presses! David Hasselhoff (aka “The Hoff”) is currently selling off a big chunk of memorabilia from his years in showbiz in an upcoming Beverly Hills auction. He’s parting with all kinds of cool things, like a KITT (car) custom made by some of his Knight Rider fans and other items from his vast collection, but the real gem is this over-sized model of himself as a Baywatch lifeguard.

Here are the details on this one-of-a-kind prop:

An oversized model of David Hasselhoff wearing red lifeguard trunks in a swimming position, modeled after his character in Baywatch (NBC, 1989-1990, and syndication, 1991-2001). The life-like model was used as a prop in The SpongeBob SquarePants Movie (Nickelodeon, 2004) in which Hasselhoff, who plays himself, swims across the sea with SpongeBob and Patrick on his back and was also part of the red carpet event for the Comedy Central Roast of David Hasselhoff (Comedy Central, 2010), where various celebrities were seen taking photographs with it. The oversized figure comes in two parts and is propped up on rolling metal racks. Approximately 167 by 54 by 54 inches

To get a feel for just how HUGE this thing is (it’s over 13 feet long!), check out this video: 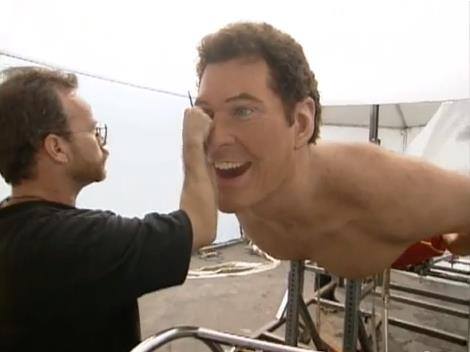 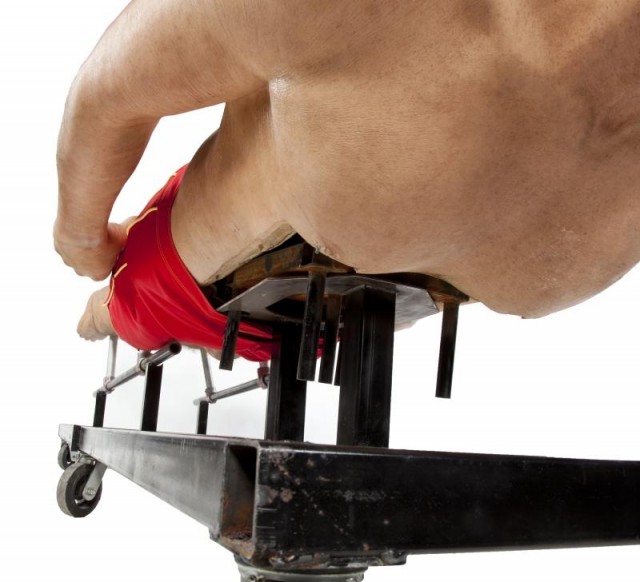 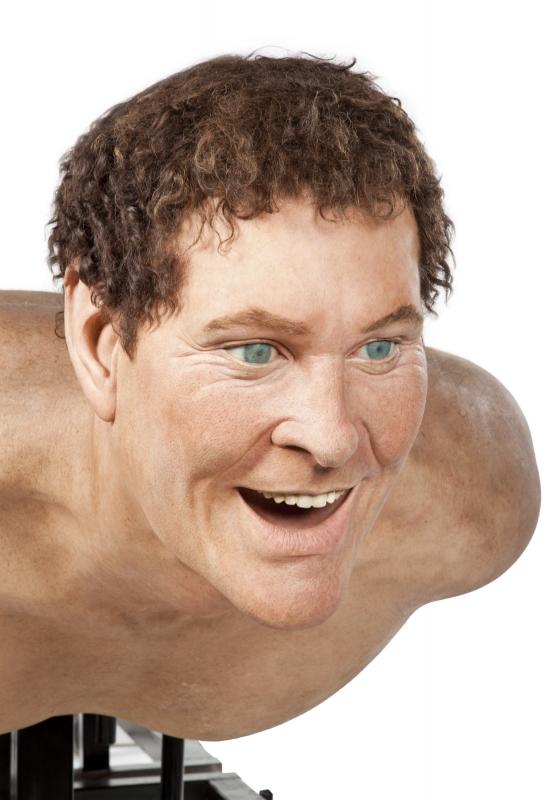 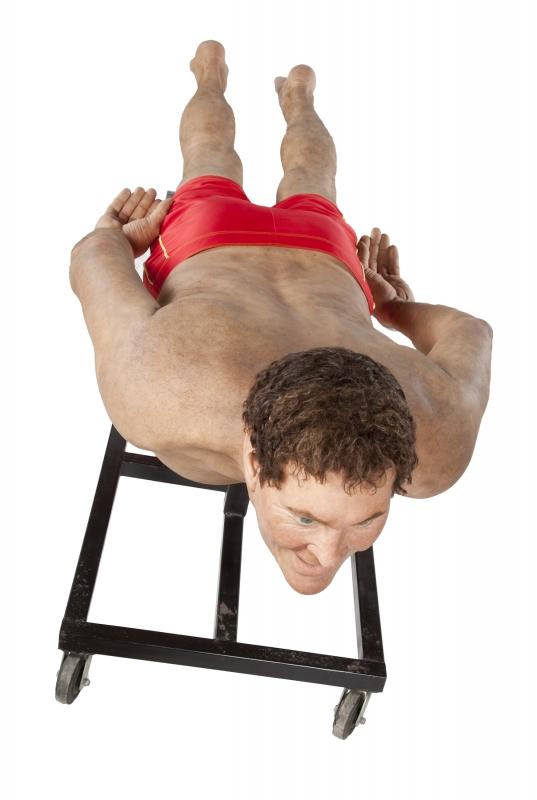 It’s almost too good to be true.

Bid on this awesomely creepy prop HERE on April 11, 2014. I’ll send you my shipping info later.