The San Francisco-focused blog Hoodline is reporting that a window display of “canned parrot” is ruffling feathers with some uptight NIMBY types in North Beach. Brady Baltezore of the soon-to-be-opened Terrific Street, the novelty store that’s displaying not one but two varieties of the canned bird, took credit for the controversial installation. He says it’s meant to be a funny take on the ye-olde-time “cliched retail environments.” Of course, it also references the population of wild parrots of Telegraph Hill, which I hear are now all over the city.

It’s quite brilliant, as you can see. 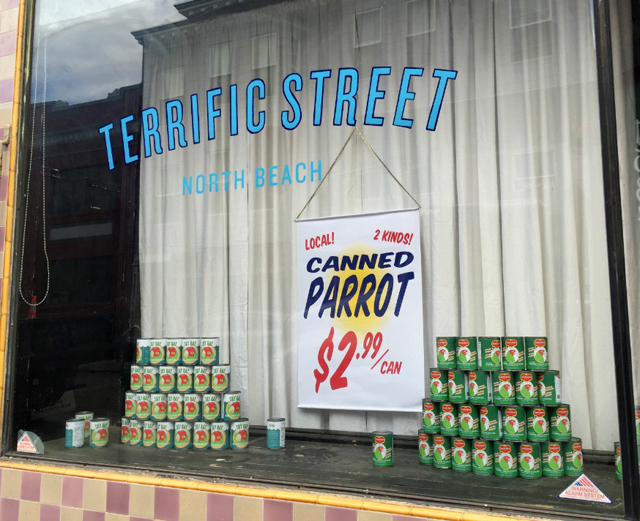 I mean, look at these things a little closer… 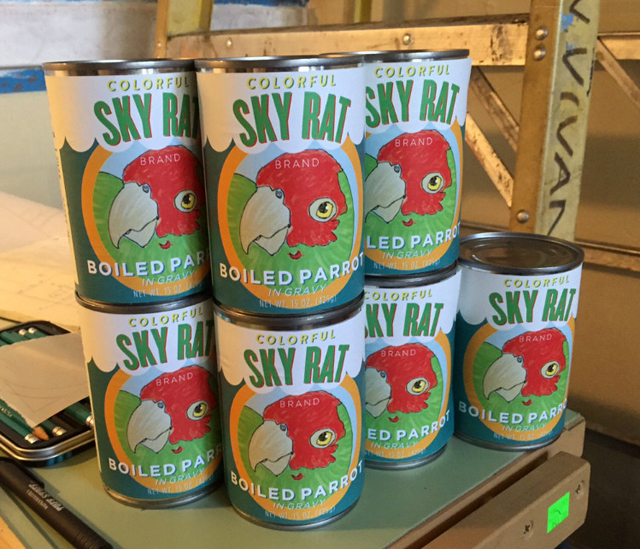 “…in their own syrup”! Simply delightful. 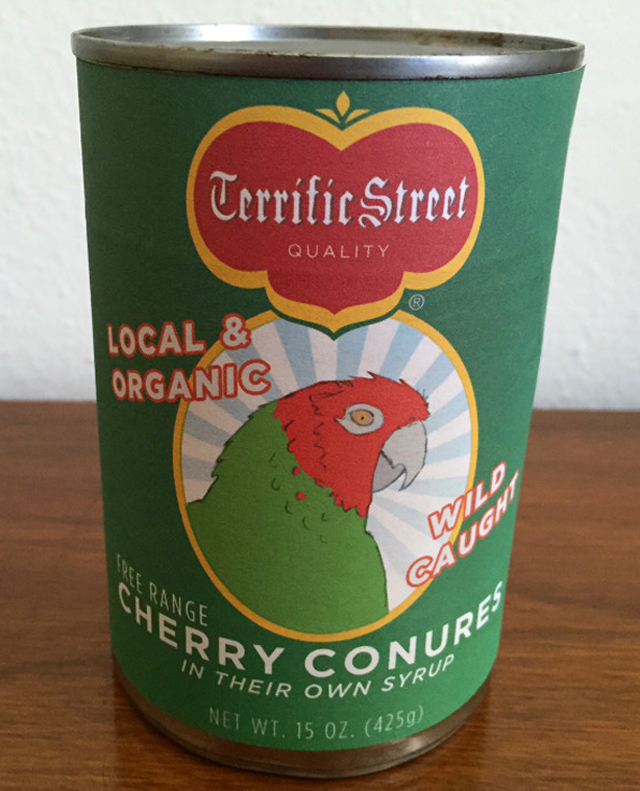 In fact, seeing these made me giddy because it reminded me of a similar project I worked on a few years back. When I set up my quirky little shop here in Alameda, I wanted to create a souvenir that would give a nod to our little island city’s local flavor, as it were. So, I conceived of “canned mermaid.” I also set up a window display, but I didn’t have any angry locals with pitchforks pounding at my door (damnit).

Neptune Beach was an early amusement park in Alameda, considered the “Coney Island of the West,” so that became the faux company behind the irregular, brined pieces of sea-female. 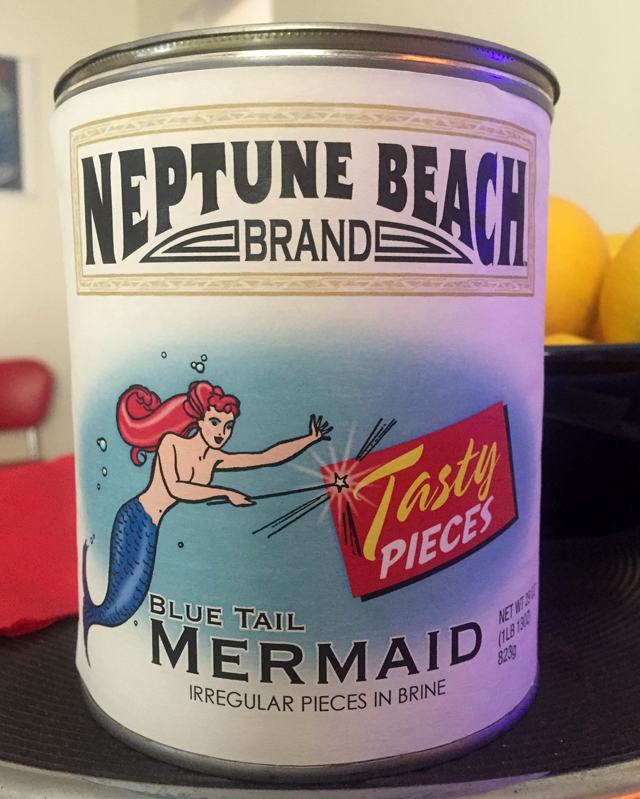 My friend Jenny came up with this pithy copy and my then-boyfriend, a talented graphic artist named Ken, put the label all together for me. 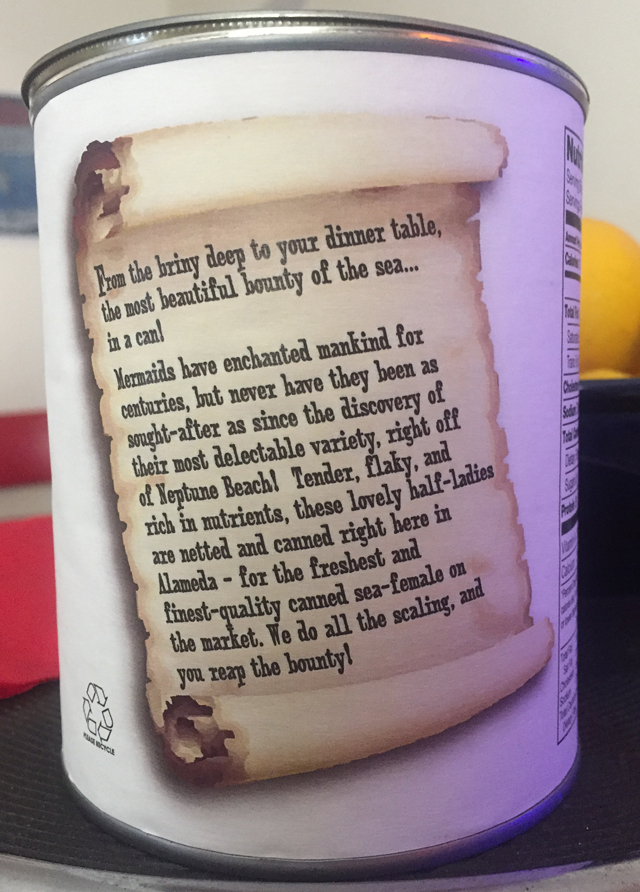 Terrific Street is expected to open by the end of this year at 1534 Grant Avenue. It’s described as “a curated modern general store for the neighborhood, with a creative, craft and art focus.” I look forward to visiting.