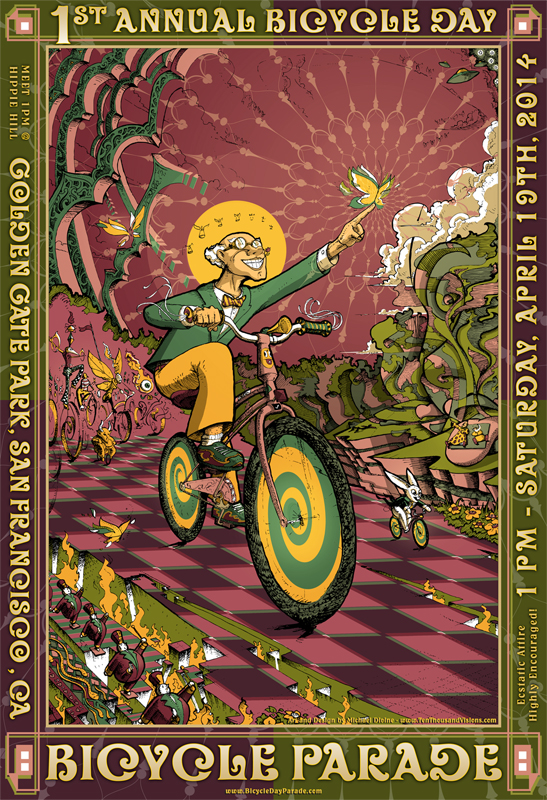 On April 19th, 1943, Swiss scientist Albert Hofmann took a now-famous ride on a bicycle, after intentionally ingesting LSD. The day became known as “Bicycle Day” and it’s being celebrated at the 1st Annual Bicycle Day Parade in San Francisco.

Come one, Come all! To the freedom event of the year! Celebrate the coming out of Consciousness on this most historic day, commemorating the 71st Anniversary of the Hoffman’s discovery of world renowned, holy compound!

Join the Merry Band of Pranksters on a joyous bicycle journey routed through the city that started it all, San Francisco!

Meet on Hippie Hill in Golden Gate Park, 1pm on April 19, 2014, to initiate a long overdue tradition that shall become a signpost of our Psychedelic Culture!

Map TBA.. Start&finish on the Hill.

Make a banner! Fly a kite! Have a ball!

Blotter art, based on this poster, available soon.