Check out this cool behind-the-scenes shot of the genie bottle used on the set of I Dream of Jeannie: 15 Years Later, a 1985 made-for-TV movie that imagined what happened after the end of the original series. The set was remade based on the design and structure of the one used in the original TV series.

Not sure why it’s so dusty inside: 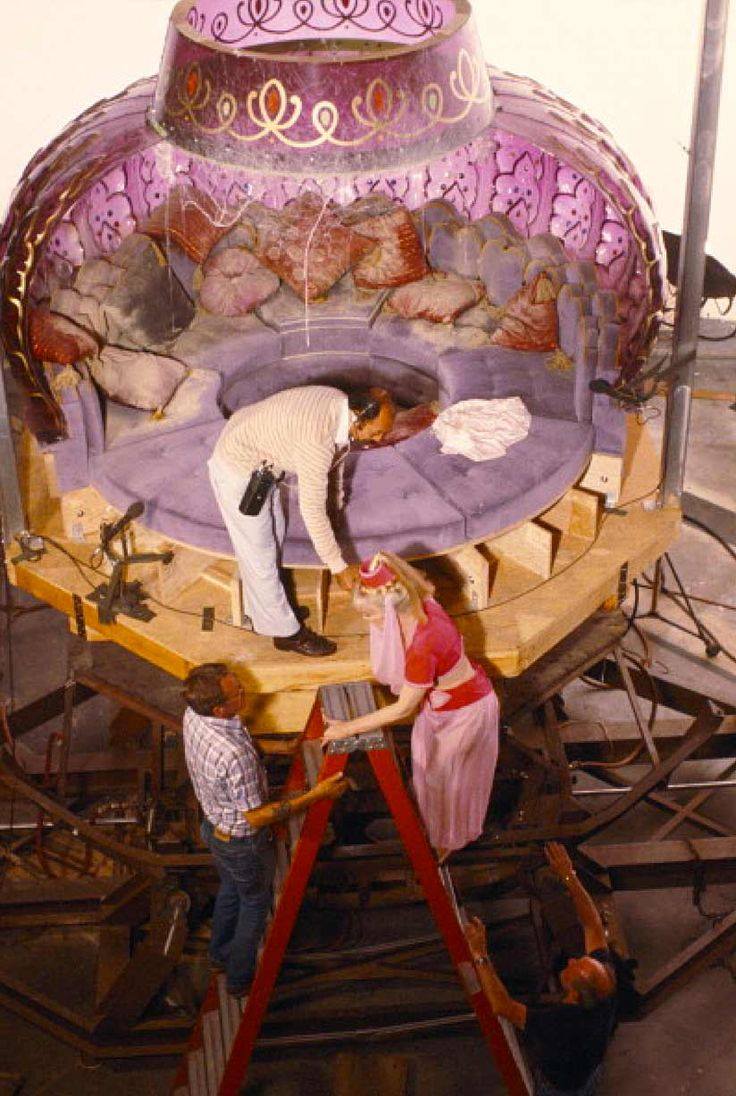 The movie stars the original Jeannie, Barbara Eden, but not Larry Hagman, the original Tony (aka Captain Anthony Nelson).

Now married with a son, Jeannie and Major Nelson get into a fight when he decides to take one more space mission. Add to that the return of her dastardly sister and Jeannie must work up some new magic to make everything all right.